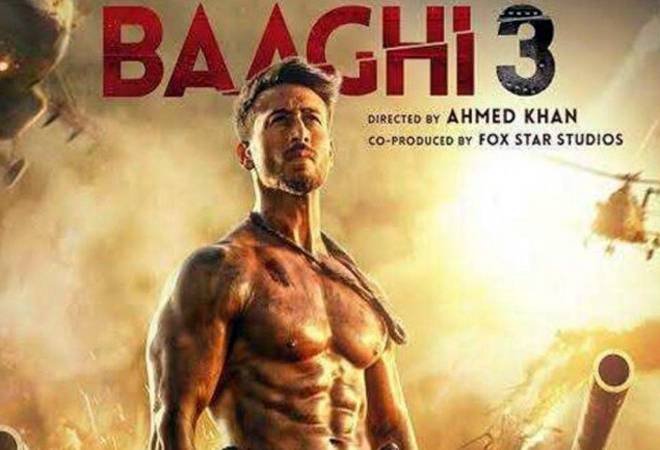 Tiger Shroff starrer Baaghi 3 which is maintaining a steady run at the ticket window has earned around Rs 62-63 crore (approx.) so far. The film is likely to cross the Rs 100 crore mark this week and has beaten expectations in terms of earnings despite fears of the coronavirus outbreak but its collections are also affected a bit owing to negative trends.

As per BoxofficeIndia.com, Baaghi 3 earned a decent Rs 8.50-9 crore nett on Monday which is a dip of a little under 50%. Meanwhile, according to film critic and trade analyst Sumit Kadel, the action thriller film grossed Rs 9-10 crore on Monday.

Touted to cross Rs 100 crore mark, Baaghi 3 would the second film this year to achieve the feat after Tanhaji: The Unsung Warrior.

Baaghi 3 is also performing extremely well overseas especially in the USA and UAE. According to Trade Analyst Taran Adarsh the $ 2.3 million overseas in its opening weekend. The best foreign market for the film was the US and Canada where it grossed around $508,000. With these earning figures, Baaghi3 has had the biggest opening this year in the overseas market for a Bollywood film.

The Tiger Shroff-starrer seems to have defied doubts and fears that it would not do well because of the coronavirus outbreak.

Baaghi 3 is the first film to feature Jackie Shroff and Tiger Shroff together. Jackie portrays the role of Tiger's father in the film. Disha Patani, who is the leading lady in Baaghi 2 also features in the film in a special number.