The Akshay Kumar-starrer which is the year's highest opener has made Rs 137.17 crore in India. 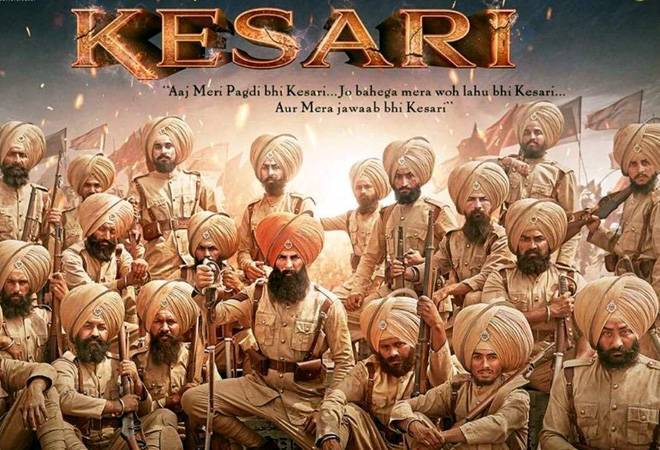 Kesari is running steady at the box office, raking in Rs 1.65 crore on Friday alone. The Akshay Kumar-starrer which is the year's highest opener has made Rs 137.17 crore in India. If experts are to believed, the film may possibly enter the Rs 150-crore club if the business jumps in the third weekend.

Film critic Taran Adarsh tweeted about the possibility of the movie entering the 150 crore club. "Kesari is steady on [third] Fri... Rs 150 cr seems a possibility, if biz jumps on [third] Sat and Sun", Adarsh wrote on his Twitter handle.

The war saga is Akshay Kumar's second biggest opener after Gold, which made Rs 25.25 crore on its first day. It has reportedly surpassed the opening collection of blockbusters like Gully Boy, Total Dhamaal and Captain Marvel. The movie jointly produced under the banners of Dharma Productions, Cape of Good Films, Azure Entertainment and Zee Studios is one of the costliest films and saw a mega opening across 4,200 screens around the world, including 3,200 screens in India alone, said Adarsh.

Adarsh added that the film was "outstanding" and one of the best films of Akshay's career so far. It has portrayed "a significant chapter from history brilliantly and it has it all - from nationalism, patriotism to heroism, scale and soul. The direction is terrific and is something to not miss out", he said.

Kesari is a 2019 action-war film and is an extraordinary story of 21 Sikh soldiers fighting valiantly against 10,000 Afghan troops in the year 1897. It depicts Afghan soldiers' attempt to capture Saragarhi, a signalling post between Fort Gulistan and Fort Lockhart. The film portrays Akshay Kumar as Havildar Ishar Singh leading the 36th Sikh regiment of the British Indian Army, putting up a strong fight against the invaders.