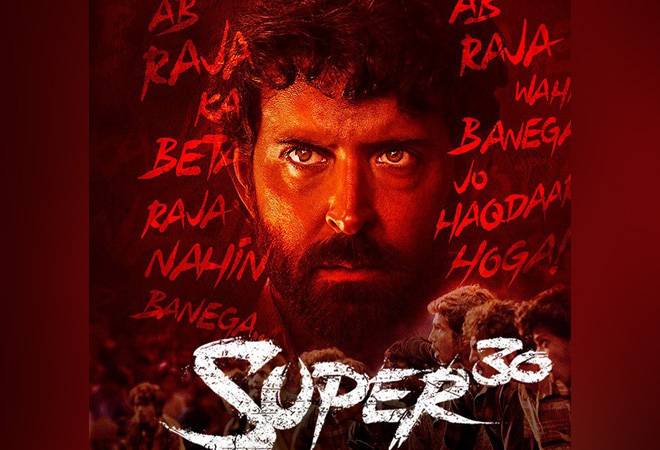 Super 30, which is directed by Queen famed Vikas Bahl, received mixed reviews from the critics but the audience hailed film's storyline, which is based on the life of Bihar-based mathematician Anand Kumar. In real-life, Kumar runs a Super 30 programme that provides coaching to 30 students from economically backward section to crack the prestigious IIT-entrance exam every year.

The story of Super 30 revolves around Kumar's struggle and accomplishments. The film also stars Mrunal Thakur, Amit Sadh and Nandish Sandhu. The film has been declared taxfree in Rajasthan, Bihar, Gujarat, Delhi and Uttar Pradesh, which has given rise to its collection in these regions. In the Delhi ad UP circuit, Super 30 has raked in Rs 22.02 crore; Rs 5.46 crore in Rajasthan, Rs 4.69 in Bihar; and Rs 35.86 crore in Mumbai.

Super 30 is facing stiff competition from two recent box office launches -- Disney's The Lion King and KanganaRanaut and Rajkumar Rao's Judgementall Hai Kya. The Lion King has raked in around Rs 116.44 crore in India and Judgementall Hia Kya has earned over Rs 26 crore in five days of its release.