If you start fearing your mobile phones after 2.0, you know whom to blame. 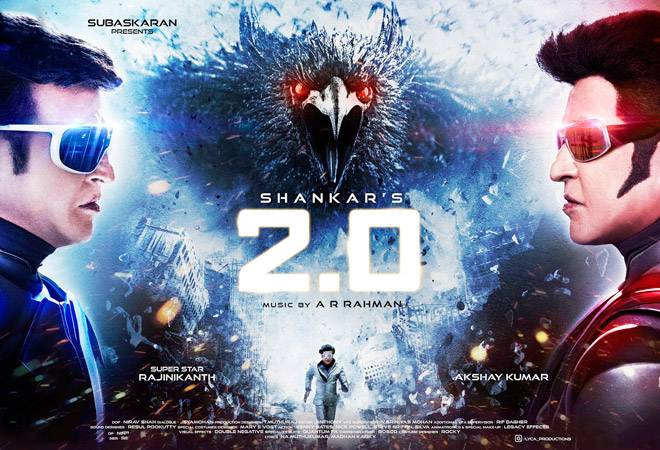 Mogambo, Gabbar Singh, Shakaal are only three in a long list of villains one fondly remembers. You may be fuzzy on the details of the film and the protagonist but you will remember these bad guys. Unfortunately for Chitti, Shankar's 2.0 will join this long list of movies.

Akshay Kumar's Pakshirajan with a rather tragic background shines over our favourite robot. If you leave the theatres liking Pakshirajan more than Chitti, you won't be alone. Whether you love birds or think cell phones are a nuisance, it is easy to find more right with Pakshirajan than all that's evil.

The movie is too simplistic and the dialogues bizarre. The parts where the entire scientific community talk science is so unscientific that it appears to be taking the audience's intelligence for granted. The dumbing down and explaining things like everyone in the audience is 5 years old is one of the most consistent problems with the movie.

The other big problem is that it is unclear if the makers want the audience to like Chitti 2.0 or hate him. A robot more annoying has never graced screens.

Shankar's movie is rather predictable and he uses the set template of good versus evil. But what gets interesting is when the lines between the two get blurred.

The makers, cleverly, punch where it hurts the most - cell phones. Cell phones in Chennai are flying off users' hands and off shelves. No one knows where they are going. Even the learned Dr Vaseegaran is confounded. Gradually, things aggravate as people start dying mysteriously and a giant predatory bird with talons the size of humans attack people in public. There's only one person - or rather thing - that can save them aka Chitti.

Superstar Rajinikanth does justice to Dr Vaseegaran and Akshay Kumar as ornithologist Pakshirajan is flawless. Although Amy Jackson plays a robot, her looks and femininity are the only things anyone would care about in the movie. That is rather telling considering she is the only woman in the movie. After all would it be an Indian movie without a hint of sexism?

The star of the show, shining beyond everything else the makers have to offer is the movie's VFX. It is the kind of special effects that have never been witnessed on Indian screen. The scope and execution of the VFX makes the movie what it is. If you start fearing your mobile phones after 2.0, you know whom to blame.

While the movie in itself is quite enjoyable with little to no dull moments, the last twenty minutes or so, when the climax starts to build up is exhausting. It is needless and gets more ridiculous by the second. Like Chitti threatening Pakshirajan by trying to kill off pigeons. Things falls in place - however illogical - and one can make out how the movie is going to wrap up but it is like driving through an endless tunnel. You can't see the light at the end of it, or anything else, for that matter.

However, here is the thing - if in a movie with multiple Rajinikanths and Akshay Kumar, the only thing that stands out is the VFX, then it is needless to say what a great job the VFX artists have done.