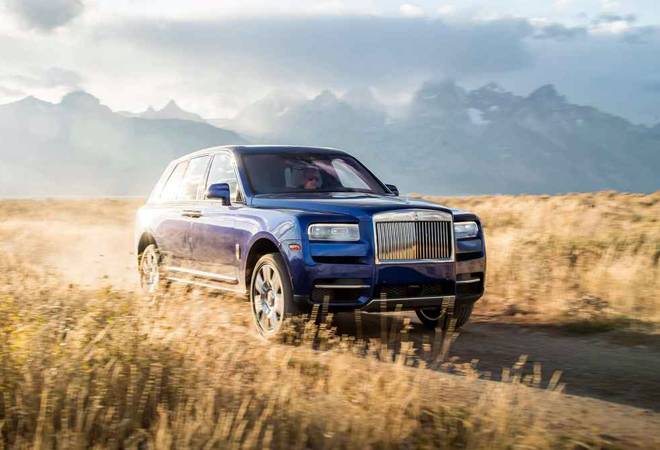 Ajay Devgn has purchased a luxury SUV Rolls Royce Cullinan with a price tag of Rs 6.95 crore. With the purchase of luxury SUV Cullinan, he has joined the elite club of Indians including Reliance Industries' Mukesh Ambani and T-Series mogul Bhushan Kumar to own this luxury car before Ajay Devgn.

Ajay Devgn had also won an Audi S5 Sportback on Karan Johar's 'Koffee with Karan' show for giving the best answer in the season. Karan Johar asked Devgn about one superstition that he was guilty of believing. Devgn replied, "I had this superstition that all your films with 'K' work, till we did Kaal."

Rolls Royce Cullinan is the first SUV from the luxury British car manufacturer and is made to suit the personal specifications of its owner. Cullinan can reach 0-100 kmph in less than five seconds and has a controlled top speed of 249 kmph. The SUV is powered by a 6.8-litre V12 petrol engine that develops 560 bhp and 850 Nm of torque.

Other celebrities who own Rolls Royce vehicles are Akshay Kumar, Chiranjeevi and Adi Godrej. All of them own a seventh-generation Rolls Royce Phantom Coupe. Meanwhile, filmmaker Vidhu Vinod Chopra had also gifted the same model to Amitabh Bachchan, reports GQ.