Sadak 2 movie on Hotstar: Not only that, the Mahesh Bhatt-directorial's trailer has also received over 6.2 million dislikes on YouTube 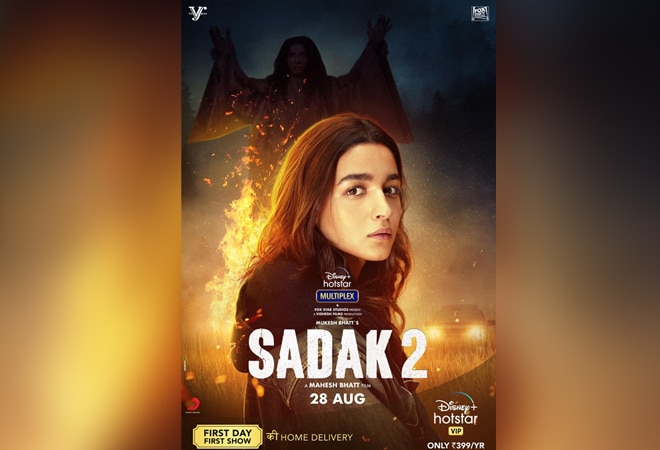 Alia Bhatt, Sanjay Dutt and Aditya Roy Kapur starrer Sadak 2 has been mired in controversies for quite some time now. First, it was called out for "promoting nepotism" in the film industry and now a Pakistani musician is claiming that one of the songs, Ishq Kamaal, is a complete rip-off of his 2011 production.

A user named Shezam Saleem aka JO-G took to Twitter and shared a video on the similarities between Sadak 2's Ishq Kamaal and his 2011 composition Rabba Ho, which was sung by Zaid Khan.

"@foxstarhindi, What do we do about this. Copied from a song that I produced in Pakistan and launched in 2011. Let's talk guys," Shezan tweeted.

@foxstarhindi
What do we do about this. Copied from a song that I produced in Pakistan and launched in 2011.
Let's talk guys. pic.twitter.com/BtKAHzPYMI

Not only that, the Mahesh Bhatt-directorial's trailer has also received over 6.2 million dislikes on YouTube. The like-dislike ratio of Sadak 2's trailer is approximately 95% so far; the video has garnered 339K likes so far.

Amid row over encouraging nepotism, the film also seems to be facing the wrath of netizens. The boycott clarion call dates back to June 14 when 34-year old Sushant Singh Rajput was found dead after he allegedly committed suicide at his Bandra home.

Many believe the Kai Po Che actor was driven up the wall by Bollywood insiders and this prompted massive outburst against certain celebrities like Alia Bhatt, who had earlier spoken disparagingly of Sushant Singh Rajput on the chat show Koffee with Karan.

The fact that Sadak 2 is directed by Mahesh Bhatt has also contributed to the calls for its boycott and outpouring of anger on social media. Mahesh Bhatt is known to be close to actress Rhea Chakraborty, who is being questioned by the ED over illegally transferring money to the tune of Rs 15 crore from Sushant Singh Rajput's account and allegedly driving him to take the extreme step.

Sadak 2 emerges as most disliked trailer on YouTube with 6.6 million thumbs down