Shah Rukh Khan as the overconfident, sometimes obnoxious, most part funny and equally selfish Bauua Singh is in fine form. 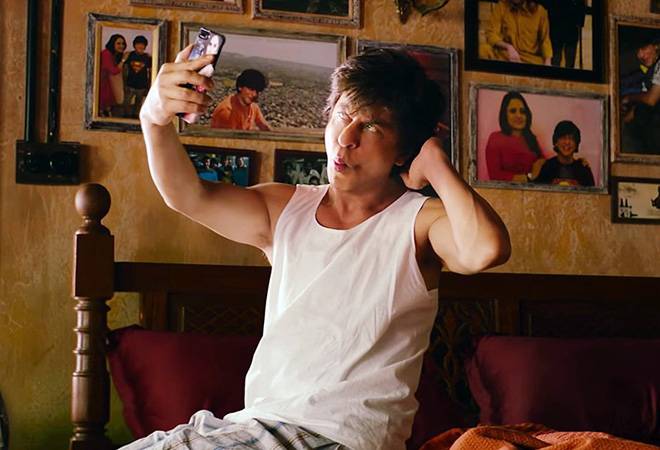 Picture this: you order biryani from your favourite outlet and upon eating it you discover that the chicken is stale, the rice is uncooked, the masala is all wrong and it is way too salty. Shah Rukh Khan's Zero is a similar tale of woe. The plot is all over the place, the scenes do not make sense, Katrina Kaif's character could very well be removed from the movie and it would not make an iota of difference. The saving grace? Very little, actually.

Bauua Singh is a 38-year-old, vertically challenged man from Meerut. What he lacks in height - he is 4 ft 6 in - he makes it up with his larger-than-life personality. He throws one-liners and breaks into song and dance at every chance. Even his dreams are like Westerns where he jumps in to foil his father's evil plans. When the Class X-pass Bauua sees a photo of Aafia Yousafzai Bhinder (Anushka Sharma) in a matchmaking agency, he decides to pursue her. Aafia, who suffers from cerebral palsy, is a scientist with the premier space agency, NSAR, and is wheelchair-bound. She is sure, calm, confident and intelligent. Their match could not be any more incompatible, yet they take a liking to each other.

Always in the sidelines of the society because they do not fit the definition of 'normal', Bauua and Aafia kindle an unlikely friendship. Enter Babita Kumari, a troubled film star, going through a breakup, and Bauua Singh is forced to choose between the glamorous star and the brilliant scientist.

You can see flashes of Himanshu Sharma, the brain behind Tanu Weds Manu, in the movie. The first part of the movie is nicely delivered by Sharma and Aanand L Rai who are experts on small-town stories. However, as the movie progresses and it is time to leave Meerut for bigger avenues, Zero becomes more muddled and fantastical. Things take such drastic turns and in such hyperbolic measures that it is difficult to make sense of anything. In short, nothing about Zero is believable.

What is absolutely believable, however, is Bauua Singh's size. In no scene does it look like a work of VFX, so full points for it.

It becomes clear quite early in the second half of the movie that the tight grip the makers enjoyed in the first half has been lost. The plot just meanders after a point to no end. The chemistry between the lead actors is off as well. The characters are not connected but just appear placed next to each other on a whim. For instance, the entire plot of Bauua Singh and Babita Kumari appears unnecessary. To top it, the ending of the movie is so far-fetched that it is nonsensical.

As for the performances, Zero has that to boast. Tigmanshu Dhulia is on point as the exasperated father who just wishes his son would do something of consequence instead of literally showering his friends with money. Sheeba Chaddha, too, is in character as the mother trying to placate her family members who are constantly at war. Mohammed Zeeshan Ayyub as Guddu is a fine comic relief. Katrina Kaif, as the alcoholic superstar, is actually in better form than how we have seen her in her previous movies. Anushka Sharma's Aafia is a hard pill to swallow, not because her performance is below par but because it is a rather difficult part to play. Shah Rukh Khan as the overconfident, sometimes obnoxious, most part funny and equally selfish Bauua Singh is in his element. His superstar persona does not dwarf Bauua Singh's avatar, allowing the latter to take control.

However, Zero is nowhere near Shah Rukh Khan's usual fare. It aims to do a lot but is cut short by the resources in hand.