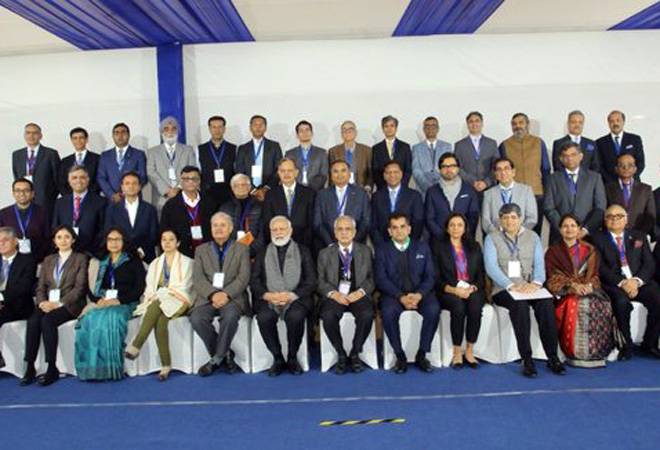 Ahead of the Union Budget 2020, Prime Minister Narendra Modi met the top economists of the country to discuss the state of the economy and ways to revive growth. India's GDP growth is projected to drop to 5 per cent this fiscal.

Chairman of the Economic Advisory Council to the Prime Minister Bibek Debroy was also present at the high-profile meeting. Issues related to agriculture and infrastructure sectors were among a host of issues discussed at PM Modi's meeting with the economists.

The meeting assumes significance as the government is in the process of formulating Budget proposals for 2020-21, the focus of which is likely to be on accelerating economic growth which is estimated to slip to an 11-year low of 5 per cent during 2019-20.

The meeting comes after PM Modi's interaction with top business tycoons on Monday including Ratan Tata, Mukesh Ambani, Sunil Bharti Mittal, and Gautam Adani.  The state of the economy and measures needed to boost growth and create jobs were discussed at the meeting.

However, Congress MP Shashi Tharoor pointed out in a tweet that the Finance Minister was absent from the high-profile Niti Aayog meeting. "What's going on here? Finance Minister indisposed?" he said on Twitter.

Finance Minister Nirmala Sitharaman who will be presenting her second Union Budget on February 1 was present at a meeting with BJP office bearers, spokespersons and party organisations at the BJP office along with Working President JP Nadda.