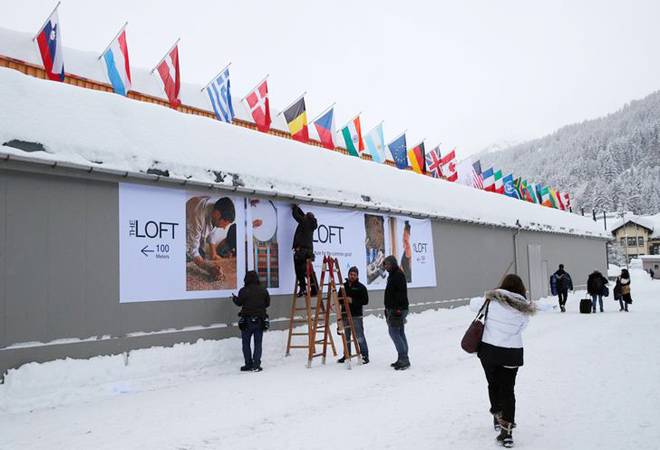 India Inc. has made a strong pitch for a statesman like position for the country to counter the protectionism and domestic rhetoric likely to be presented by countries like the US.

Pitching for a nuanced message here at WEF to present India as an open economy which cares for interest of domestic as well as global audience, Kotak Mahindra Bank Chairman Uday Kotak said the country needs to position itself as a statesman and not just a salesman.

"Also, we must understand that following our Prime Minister, US President Donald Trump is also coming to Davos with his 'America First' policy and he is coming after cutting corporate tax rates and after making big corporate bring back jobs and profits to America," Kotak

Spicejet CEO Ajay Singh, who turned around the budget carrier Spicejet, said India has a real terrific story to tell in Davos and there can be no one better than Prime Minister Modi to tell this story.

"There have been very significant reforms including GST which have been in-waiting for so many years. There are also developments like bankruptcy law, digitisation and formalisation of the economy on a fast track basis, 42-place jump on ease of doing business index, etc," he said.

"There is a good story on all economic parameters and of course there is the larger story also of 1.4 billion people, of a young population and of a massive market," Singh said.

Chanda Kochhar of ICICI Bank said Indian economy is seeing broad-based improvement across several sectors and is on track for a robust growth that can be tapped by one and all.

Kochhar said Indian economy is seeing broad-based improvement across all sectors and should clock 7 per cent growth in the second half of the current fiscal.

She also said reforms have fast tracked the process of digitisation and formalisation of Indian economy and the country is on track to again attain the fastest growth rate in the world.

Singh said he and all other Indian CEOs are already seeing overflowing meeting requests and there is certainly a lot of interest about India this time.

PM Modi will also host a dinner for global CEOs today. On Tuesday, he will interact with global business community members, besides delivering his keynote address.

In a series of tweets with 'IndiaMeansBusiness' hashtag, Prime Minister Narendra Modi had earlier said, "At Davos, I look forward to sharing my vision for India's future engagement with the international community."