If Agarwal's Vedanta buys BPCL, it will pit him directly against Reliance Industries Chairman Mukesh Ambani in the oil sector 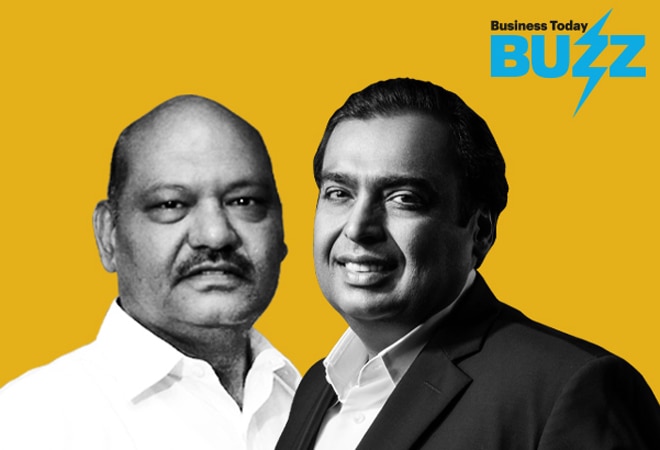 Agarwal's Vedanta currently has a market capitalisation of Rs 42,400 crore Metal baron Anil Agarwal has upped the ante in oil sector with submission of expression of interest (EoI) for BPCL. Agarwal's move comes while Reliance Industries Chairman Mukesh Ambani soft pedals the game in fossil fuel. Agarwal has a high chance of winning the race for BPCL since the government has received just three EoIs, including two from foreign funds. BPCL will be a strategic fit for Agarwal's Vedanta Ltd as it already produces fuels from onshore hydrocarbon assets under subsidiary Cairn.

Agarwal is looking to enter the refining business while Ambani diversifies into consumer-focused sectors through Reliance Jio and Reliance Retail. In the last annual general meeting, Ambani said Reliance Industries (RIL) targets to become a net carbon-zero company by 2035. He wants to build RIL as a new energy and new materials company.

RIL wants to convert 70 per cent of its output from Jamnagar refinery and petrochemical complex to high-margin chemicals. At present, the complex produces 90 per cent fuels - primarily petrol, diesel, naphtha, kerosene and Liquefied Petroleum Gas (LPG) - and the rest 10 per cent chemicals.

Rumour mills are also silent on Ambani's plan to build a third refinery or adding capacities to existing ones. There aren't too many competitors in the sector. The Ruias of Essar were once aggressive in refining business, but they eventually sold their refinery in Vadinar, Gujarat to Russian giant Rosneft in 2017. Agarwal, who has made a fortune buying and fixing state-run companies, clearly senses an opportunity even though global oil giants have stayed away from bidding for BPCL.

Agarwal entered oil sector with acquisition of Cairn India in 2012. But he turned aggressive last year with bids for hydrocarbon exploration and production (E&P) assets under the Open Acreage Licensing Policy (OALP). Cairn was the only serious private bidder, which bagged 51 blocks out of the 87 that were auctioned in the first three rounds of OALP.

However, Ambani's RIL, which generated over 60 per cent of its profit from oil refining until two years ago, shied away from OALP bids. Besides, it continued surrendering unproductive blocks back to the government. Last year, RIL transferred entire stake in Panna-Mukta oil and gas fields to ONGC after operating the fields in a joint venture for 25 years. But it has invested Rs 40,000 crore jointly with BP Plc to revamp production at KG basin.

BP also invested a billion dollars in oil marketing business of RIL. The refining business of RIL is facing the crude price volatility and demand slump. It has affected the gross refining margin (GRM) of RIL. Ambani wanted to sell 20 per cent stake in RIL's oil to chemicals business to Saudi Aramco for Rs 1.1 lakh crore. But the deal is yet to fructify.

While the timing seems perfect for Agarwal, analysts are concerned about the debt of the parent company Vedanta Resources. Moody's Investors Service said last month that it had placed Vedanta Resources's B1 corporate family rating (CFR) under review for downgrade. The gross debt of India-listed Vedanta Ltd was at Rs 62,759 crore in September.

JP Morgan Equity Research says the 75 per cent acquisition of BPCL will cost Vedanta between Rs 64,200 crore and Rs 97,600 crore. The research agency doubts the ability of Vedanta to raise funds at such a massive scale. However, it estimates that the dividend yield from the oil refiner may be enough to cover the interest payment obligations.

"While Vedanta Ltd on a consolidated basis is not very leveraged, the key question has been the leverage at the unlisted parent and the inter-company loans to the parent (currently at around $1 billion). In this context, we struggle to see how Vedanta Ltd secures funding," JP Morgan report said.

Agarwal has the track record of successfully creating value out of state-owned assets; Hindustan Zinc and Balco are proof. He can reduce the financial risk of BPCL acquisition by bringing in financial partners.

Agarwal is also preparing to raise an investment fund targeting turnaround opportunities. He is working with Centricus Asset Management Ltd. and has started approaching potential investors for the proposed India Direct Investment Fund, which will buy stakes in government companies sold under the disinvestment programme.

However, an EoI does not automatically translate into an actual bid and Vedanta could very well drop off in the financial round of BPCL bidding.  But if it manages to acquire BPCL, it will transform Vedanta group.

But, even with BPCL Agarwal will still not have the scale of Mukesh Ambani and RIL. Agarwal's Vedanta currently has a market capitalisation of Rs 42,400 crore. BPCL is valued Rs 84,800 crore in the stock market. In comparison, Ambani's RIL has a market cap of Rs 13 lakh crore.

Cairn produces about a fifth of all the oil consumed in the country and BPCL takeover will give a boost to the group's energy thrust through its four refineries in Mumbai, Kochi and Bina, although the Numaligarh facility in Assam will be hived off. BPCL accounts for 15 per cent of the India's refining capacity of close to 250 million tonne.

It also owns 15,177 petrol pumps, 6,011 LPG (liquefied petroleum gas) distributorships and 51 LPG bottling plants. The government wants to close BPCL transaction by March as it is hoping to mop up close to Rs 45,000 crore from the sale, which will be the major component of its disinvestment target of Rs 1.2 lakh crore for the current financial year.

On November 6 Vedanta reported 61.8 percent decline in consolidated net profit at Rs 824 crore for the quarter ended September on the back of one time tax expense.

Income during July-September declined to Rs 21,744 crore from Rs 22,814 crore in the year-ago period. The rise in revenue was primarily due to higher commodity prices, higher volumes at Zinc India, iron ore, copper and power business, partially offset by lower volumes at aluminium and steel business and rupee appreciation.

BT Buzz: Multicap funds turning into flexi-caps; what does it mean for you?