The concern to save the embattled Jet Airways is common all around, the suggestions to this end from various quarters are different though Everyone has an opinion about how to save Jet Airways.

Everybody has an opinion on Jet Airways. It doesn't cost anything to have one, and that's why everyone - from an anxious working professional to a pseudo-evangelist industrialist to an attention-seeking politician - is offering free opinions on Jet's problems. Their concern in saving the grounded airline is common; their methods to rescue are different though.

One such opinion has come from veteran Bharatiya Janata Party (BJP) politician Subramaniam Swamy who reportedly has made an out-of-the-blue suggestion of merging Jet with national carrier Air India. The alliance of Jet and Air India, Swamy said, is going to ensure that air services are not restricted but also to enable Air India to recover its premier position. Swamy, who had filed a writ petition in the apex court in 2013 against the Jet-Etihad deal, has said that the private airlines are benefitting from Jet's shutdown (as its slots are being given to these carriers) and officers in the ministry of civil aviation are supporting these private airlines.

The cascading effects of merging Air India with Jet are unthinkable. Merging the two airlines is not going to solve their problems but it would create a bigger entity with a huge pile of debt. Remember that one of the biggest issues with Jet and Air India is the big amount of debt that they carry on their books - Air India has about Rs 55,000 crore (about Rs 30,000 crore from it has been transferred to a special purpose vehicle Air India Asset Holding Ltd) and Jet has about Rs 8,500 crore. Both airlines are in deep losses. Unlike Air India, which has government's everlasting backing to support its losses, the Jet's funding comes from its operations - and sometimes banks. Losses in core operations and bankers refusing to lend more are the reasons for Jet's recent troubles. 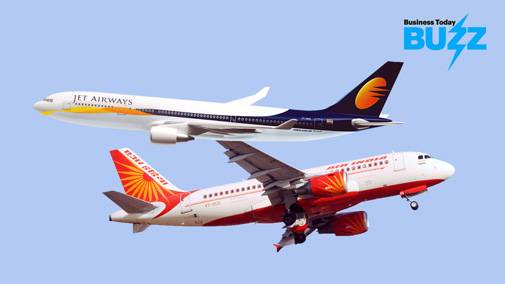 The cascading effects of merging Air India with Jet are unthinkable.

"Emotionally, it could be the right thing to do but Air India and Jet are two different entities. It could be the worst thing to happen to Air India, which is expected to make some operational profits this year after creating a SPV where it has transferred a substantial debt. I'm sure Air India will collapse within six months of such merger," says Satish Modh, former chairman, Aeronautical Society of India (Mumbai chapter).

"The M&As in the aviation sector have never worked. Jet's merger with Air Sahara, Air India's with Indian Airlines and Kingfisher Airlines' merger with Air Deccan have failed. The merger of Jet with Air India or any other airline - suppose if the Tata Group acquires Jet and merges it with Vistara - is bound to doom. Jet, with its current financial mess, will drag the other airline down," says an aviation consultant.

SpiceJet chairman Ajay Singh has been more vocal about the Jet crisis than any other airline CEO. Singh has reportedly said that acquiring Jet is beyond his ability as the airline would need viability gap funding of Rs 25,000 crore, out of which Rs 11,000 crore have to be paid up front. Singh, who said that he had just got a moral support from the government in 2014 rather than a bailout, has doubts over Jet's ability to resurrect from the dead. SpiceJet chairman Ajay Singh has been more vocal about the Jet crisis than any other airline CEO.

"Besides funding, Jet would need at least 40 planes on the domestic routes. Its earlier fleet of about 130 planes was unmanageable, and many of them were used on unprofitable routes," says Modh. So far, four entities - TPG Capital, Indigo Partners, Etihad Airways and government-backed National Investment and Infrastructure Fund (NIIF) - have evinced interests in acquiring Jet. These entities are at various stages of due diligence, have have to make up their mind before the bidding process closes on May 10. Besides, a UK-based entrepreneur Jason Unsworth, who is founder and CEO of start-up carrier Atmosphere Air, has also expressed interest in acquiring a controlling stake in Jet.

Banking sector experts are expecting a significant haircut - 50-60 per cent - by Jet's lenders to sell the airline. Jet's lead banker SBI is spearheading the sale process after founder Naresh Goyal was given forced exit from the airline last month.

The countdown has begun for Jet, which is running against the time to save its prized assets. One of them is landing and parking slots - which Jet runs the risk of losing in less than 90 days. SpiceJet, along with the market leader IndiGo and full-service carrier Vistara, has already started snapping up Jet's landing and parking slots at key airports such as Delhi and Mumbai. Its international slots that had come through bilateral rights are at risk too. The domestic slots are being given temporarily as of now but if Jet never takes off, the slot allocation will become permanent.

SpiceJet is planning to induct around 40 aircraft - mostly through leasing - over the coming weeks, to take advantage of the capacity vacuum created by Jet. IndiGo and Tata Group (that operates Vistara and AirAsia India) have accused the government of favouring SpiceJet in allocating Jet's slots. A similar allegation has also been made by Swamy through his tweet. Although IndiGo is expected to add about 30 per cent capacity this financial year, its aircraft deliveries are pre-scheduled - depending on Airbus' timetable - which is unlike SpiceJet whose leasing arrangement seems to be flexible.

I urge Namo to tell Jaitely and Jayant Sinha to lay off trying to parcel off Jet Airways to Spice Jet. It smells of favouritism and misuse of official position that will damage BJP’s reputation

Jet's funding crunch has led to its staff not being paid salaries for months. Employees in Delhi and Mumbai are holding peaceful protests asking for their dues to be cleared - exactly what happened in Kingfisher Airlines' case a few years ago. It's a bit surprising that neither Jet's employees nor the operational creditors have knocked the doors of NCLT (National Company Law Tribunal) yet. Jet may be staring at a series of lawsuits if it fails to find a buyer. Ironically, lenders might still have to face the music - given the historical record of public scrutiny in cases involving deals between government and private entities - if they are able to seal a deal without sufficient transparency. 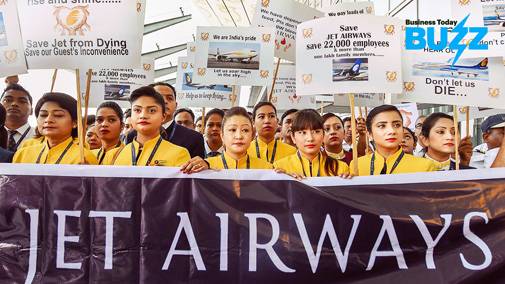 Jet employees in Delhi and Mumbai are holding peaceful protests asking for their dues to be cleared - exactly what happened in Kingfisher Airlines' case a few years ago.

Jet CEO Vinay Dube has been raising the pending salaries issue with the airline's lenders and the government. His efforts have not yielded favourable results thus far. In a recent letter to employees, Dube said that the lenders have "told that this problem is to be addressed by the company's shareholders, who should and could have agreed on a resolution plan a long time ago...with no salary payment, some of our colleagues, who are the very fabric and value of this airline, have no choice but to find employment elsewhere."

Meanwhile, SpiceJet's Singh says that his low-cost carrier has been a saviour to Jet's staff, and has hired nearly 1,000 employees from the beleaguered carrier. The pilots at Jet have a different story to tell. National Aviators Guild (NAG), the pilot union at Jet representing 1,100 pilots, has said that SpiceJet's recent recruitment drive turned out to be a humiliating experience for pilots who were patronised for the current state of affairs at Jet.

"We are deeply disappointed and shocked at the treatment meted out to our members who have interacted with the top management of SpiceJet recently," the NAG statement said. SpiceJet has refuted this allegation. Jet could not verify the recruitment efforts of its rival carriers.

"SpiceJet has hired some low-skilled people who were paid highly by Jet. This workforce is hired at 50 per cent of their past salaries and will replace the high-cost staff with the same skills at SpiceJet. You might see SpiceJet laying off 200-300 people over the next few months. In business, there's no charity. The good thing is that all of Jet's employees can be absorbed by the industry within the next six months because airlines have robust capacity additions lined up over the next few years," says an industry insider.

Jet's fiasco has seen everybody losing, be it lenders, promoter, shareholders, employees, and passengers - the sole beneficiary remains the rival airlines. For Jet to hit the restart button, a lot depends on lenders' ability to package a deal that makes the airline attractive for a new buyer.