BT Buzz: Amazon has the option of legal recourse to implement the order by Singapore International Arbitration Centre in India, but it is filled with hurdles 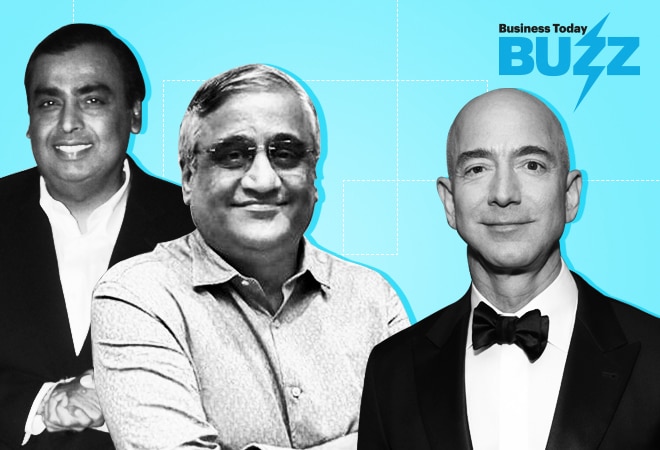 Can the interim arbitration award to Amazon put a spanner in Reliance Retail's bid to buy out Future Retail for Rs 25,000 crore? The interim injunction won by Amazon from the Singapore International Arbitration Centre (SIAC) has stayed the deal for now.

However, both Reliance Retail and Future Retail have said that they will take all necessary steps to ensure that "the proposed transaction will proceed unhindered without any delay".

Amazon has an indirect holding in Future Retail through its 49% stake in Future Coupons.

So what is the legal recourse for Amazon in case Future Retail Limited goes ahead with the transaction with Reliance Retail?

Knocking on the doors of Indian court

Amazon can file an enforcement petition in India. The Arbitration and Conciliation Act, 2015 requires validation from Indian courts for enforcement of a foreign arbitration award.

If Amazon files a petition for enforcement of the Singapore award in India in case Future and Reliance do not agree to adhere to interim stay order passed by arbitral tribunal constituted under Singapore International Arbitration centre, Indian court will also pass similar order given the treaty of reciprocity with Singapore, explains Ranjana Roy Gawai, founder and managing partner of RRG & Associates.

She says that the latest amendments in Arbitration law -- The Arbitration and Conciliation (Amendment) Act of 2015 -- have given a lot of leverage to international arbitration award.

According to a few legal experts, Amazon also has the option to seek a formal validation of this interim award before the competent court in Singapore, which would translate the interim award into a foreign judgement.

What could be the advantage of taking dual validation - from Singapore and Indian Courts?

"This can give Amazon dual remedy to enforce both, the interim foreign award and the foreign judgement, in India. Moreover, this will also help Amazon from a strategic stand point, because, any contempt, or breach, of the foreign judgement would be seen or taken more seriously," explains Merchant.

He further says: "Assuming, Amazon seeks an enforcement of the interim foreign award in India, this development will be seen as an important precedent, more so, in connection with seeking enforcement of the final award against the Future group, as and when pronounced".

According to him, Amazon is asking (Future Retail) for 'specific performance', which implies if something is written in the contract both parties should perform that. Now if you can figure out how much money you will lose if the other party breaks the contract, then the chances of getting the enforcement done on the ground of specific performance becomes very little.

"When you want the deal to be injuncted, you need to meet the threshold of specific performance. If Reliance can show this is the quantifiable loss that can occur (to Amazon) if they go ahead with the transaction, then there is no question of injunction. Reliance can always say they can fight it out in arbitral court and whatever the arbitrator decides they can pay the damage. But if Amazon shows that the loss is not compensable in money and that it has no monetary remedy, then they have a stronger case in terms of injunction," explains Samudra Sarangi.

There are some clauses in the agreement between Amazon and Future Retail, which say that Future cannot deal with certain entities, which also include companies of Mukesh Ambani.

According Souvik Ganguly, Managing Partner, Acuity Law, having restrictive covenants like this need to be considered in view of applicable provisions of competition law, and if such covenant has an appreciable adverse effect on completion then it may not be enforceable in India.

The one weapon that Indian companies have used against enforcement of foreign arbitration order is that of public policy contravention. A non-compete agreement like this can go against Amazon as it might be seen as anti-competition, and hence a contravention of the public policy.

"The moment it comes to enforceability of foreign arbitration, the first thing they say is it is not in compliance with the public policy. When you go into public policy angle then it is a wide loophole to play with. It's not defined clearly so there is a lot of playground available for legal experimentation and creativity," says Samudra Sarangi of Panag & Babu.

Also read: Walmart rides on fashion in India, not grocery

However, lately Indian courts have become more conservative in refusing to enforce foreign arbitration on the basis of public policy contravention.

"The grounds for challenging the award are limited and, typically, Indian courts will not interfere with a foreign award unless the award is contrary to the public policy of India. It is very rare nowadays for courts to deny enforcement foreign arbitration tribunal award on the basis of public policy," says Ganguly of Acuity Law.

Jhunjhunwala buys 4 crore shares of this auto firm, will the bet pay off?