The Gujarat Cooperative Milk Marketing Federation, which sells milk and milk products under the Amul brand, has recorded a sales turnover of Rs 33,150 crore for the financial year 2018-19, which is 13 per cent higher than the previous financial year 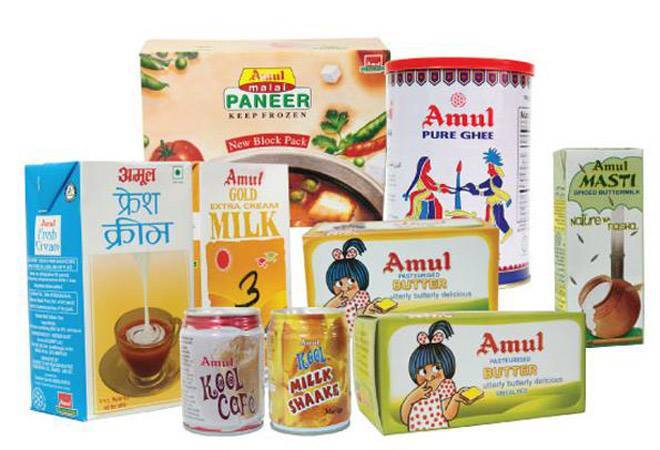 The Gujarat Cooperative Milk Marketing Federation (GCMMF), which sells milk and milk products under the Amul brand, Tuesday said it aims to achieve a business turnover of Rs 50,000 crore by 2020-21. In the long term, Amul aims to establish itself as the largest dairy organisation in the world, rising up from its current ranking as the ninth-largest dairy organisation globally, the GCMMF said after its 45th annual general meeting held at Anand Tuesday.

The total turnover of GCMMF and its constituent member unions, turnover of all products sold under Amul brand, is exceeding Rs 45,000 crore or USD 6.5 billion. GCMMF aims to achieve a business turnover of Rs 50,000 crore and become the largest fast-moving consumer goods organisation in India by 2020-21, it said.

In the past nine years, milk procurement by GCMMF member milk cooperatives witnessed an increase of 153 per cent, said its chairman Ramsinh Parmar. This enormous growth was a result of the high milk procurement price paid to our farmer-members which has increased by 105 per cent in this period, he said.

He said time was ripe for the second white revolution given that the demand for milk in India is seen going up to 65 crore litres per day in 2050-51 from the current level of 48 crore litres per day, given urbanisation and population growth estimates. This means that India's milk production needs to grow at around 3.2 per cent CAGR (compound annual growth rate) for the next 40 years.

Mehsana Dairy to break away from Amul after 46 years, slicing 10% of GCMMF revenue

This can be possible only when dairy farmers are given stable and remunerative prices through proper market linkage. To achieve this estimated growth in demand, the time is ripe for the Second White Revolution in India, he said. The GCMMF has increased its total milk processing capacity to 360 lakh litres per day and plans to expand it to a capacity of 400 lakh litres per day in the next two years, said R S Sodhi, managing director, GCMMF.

In Gandhinagar, Gujarat, AmulFed Dairy's capacity expansion from 35 lakh litres per day to 50 lakh litres per day further underlines its status as the largest dairy factory in India, he said. The federation's new chocolate factory in the Anand district has boosted the production capacity to 1,300 tonne per month, with several new and unique flavoured chocolates launched, he said.