"The government should boost public spending for the revival of the economy. A good monsoon will revive economic activities in the rural market, while the bank recapitalisation will enhance liquidity," said Seshagiri Rao, Joint Managing Director & Group CFO, JSW Steel 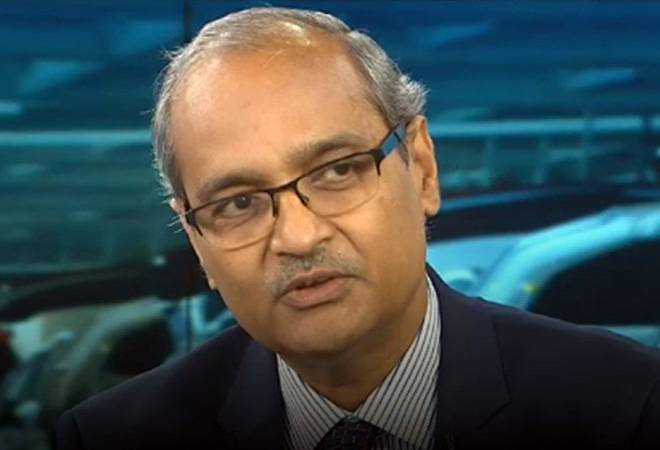 The reduction in the government expenditure in infrastructure projects and the global economic slowdown post the US-China trade war have adversely affected the Indian economy, said Seshagiri Rao, Joint Managing Director & Group CFO, JSW Steel. The current economic slowdown is becoming visible across all sectors, he told in an interview with Business Today. "The government should boost public spending for the revival of the economy. A good monsoon will revive economic activities in the rural market, while the bank recapitalisation will enhance liquidity," he said.

When did the problem start?

Rao said that the public spending has dried since the last election season. "The core sectors are seeing the impact of reduction in the government expenditure. The construction of water and gas pipelines, bridges and tunnels, roads and metro stations has been halted at many places. The ongoing projects are getting the funds, but projects are being delayed in states where there has been a change of government. "Delays in reviewing projects and releasing funds are the major blockades resulting into slowdown in infrastructure projects," he said.

According to Rao, banks have become extra cautious in project financing after non-performing assets (NPAs) swelled in their kitty. "Earlier when the companies used to explain about their projects, the bankers would believe them. However, now an element of mistrust has crept into  dealings. The bankers are now cautious and suspicious. They fear that their deals can be questioned in future," he explained. He added that bank employees should not be put to task for bonafide decisions taken in the interest of doing business.

The manufacturing industry has been facing the liquidity crisis after the non-banking finance company IL&FS defaulted on its debt payments; since then NBFCs have stopped lending to big projects. Mutual funds and insurance companies have become cautious about investing in manufacturing companies. "If the credit flow is low, the economic activities will slow down. This should be a temporary phase, though," he hoped.

Why banks have not been able to reduce interest rates?

Rao said that NPA is definitely an issue, but the second problem involves deposit costs. "The deposits are not linked to repo rates. The question is how you can make the deposit rates flexible. If it has been linked to the repo rate, it will become an issue as the interest on deposits is the major income for pensioners and fixed income people. If the cost of funds of banks comes down, they can transfer the repo rate reduction benefits to borrowers," he pointed out.

The recent reforms like Goods and Services Tax, Insolvency and Bankruptcy Code (IBC) and Real Estate (Regulation and Development) Act have changed the way businesses are being done in the country, he said. "IBC has changed the credit culture. Now entrepreneurs avoid taking risks, while banks are cautious in lending. GST and The Real Estate Act have completely changed the business functioning. It may help in the long-term, but there is some pain in the short-term," he said.

"Earlier, we had development institutions for big project financing. They have become universal banks over the last two decades. They entered into working capital lending besides project financing. Now most of financiers only want to do retail banking, which is risk-free," he said.  The need of the hour is to have a long-term development capital provider, the way we had ICICI, IDFC, IL&FS and IIFCL earlier, which have either dissolved or converted into banks. The Credit Guarantee Enhancement Corporation, which was announced in the Budget 2019, has to be incorporated at the earliest, he added.

Why has demand been falling and have consumers been losing confidence?

Rao said that there is a fundamental change in the behaviour of a consumer or a buyer. "Their household savings are coming down because of the rise in their expenditure in services such as healthcare, education and transportation. On the other hand, their salaries have only marginally increased over the last few years. So, the amount available for buying refrigerators, air conditioners, cars or houses has become lesser. This has diminished the demand," he explained.

According to Rao, the wage growth will stay low during the era of low inflation. "When the inflation is low and the wages don't grow, the asset prices should come down, besides interest rates. The real estate assets are not being sold because of the lack of affordability in line with lowering inflation. Real estate prices should crash by 20-30 per cent in accordance with the fall in inflation. It will trigger demand. The prices that have been going up every year by 10 per cent are not affordable today. So, the asset price correction is important in automobile as well as real estate.

He accepts that the prices of commodities such as steel and cement cannot be reduced when cost of raw material is high and there is no level playing field against cheap imports. Individual income is not growing, turnover of companies are not increasing either, but costs are going up, he said.