Delivering the keynote address at Business Today's Most Powerful Women awards, Zia Mody, founder and managing partner, AZB & Partners, said the biggest change happening in India is the recognition being given to women across sectors and economic classes 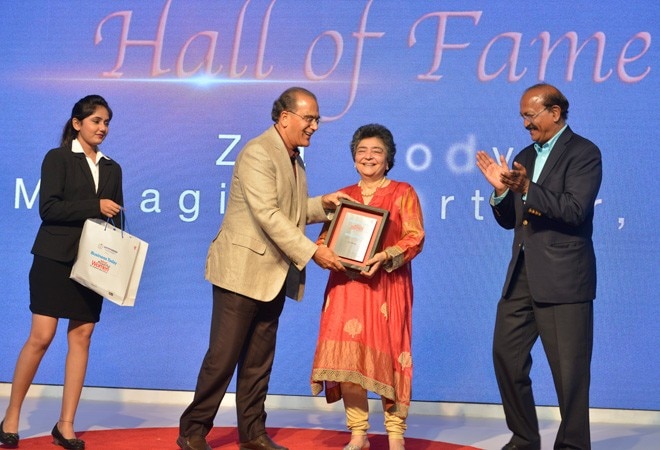 In today's emerging India, women are being heard and what makes them heard is economic power, said Zia Mody, founder and managing partner, AZB & Partners, one of India's leading law firms.

Delivering the keynote address on the theme 'The Glass is More Than Half Full' at Business Today's Most Powerful Women awards in Mumbai, the corporate lawyer said the biggest change happening in India is the recognition being given to women across sectors and economic classes. The country has some of the largest women self-help groups in the world, especially in the field of microfinance. "It has made a lot of difference to women of poor, lower income and  middle class families. Today, she is able to feed her girl child and give her an education too," she said.

Zia Mody added that said the reservation offered for women in governing the country, especially in gram panchayats, is an important step. Now about seven lakh women are decision makers as part of the gram panchayats and about a million women have entered politics, which goes a long way in alleviating poverty and ensuring gender equality. "Direct subsidies are going to help and self-held groups are helping women to become bread earners for the family," she said.

Corporate India has to change

If women were rare in company boards earlier, their rank is increasing, thanks to the rules mandating it. However, it is seen that while in companies led by women CEOs, 29 per cent board members are women, in companies with men as CEOs, the it is only 16 per cent. "This has to change," Mody emphasised.

Organisational safety nets empower women in workplaces. A shift in mindsets of organisations leaders can further nurture their women employees' talents. "Men who embrace the concept of retaining talent of women -  come, train us, mentor us and celebrate us," she added.

How to become a crorepati with PPF investment