Dabur vice chairman Mohit Burman says the Burman family is purely a financial investor in Eveready as of now, but may increase stake depending on the company's share price 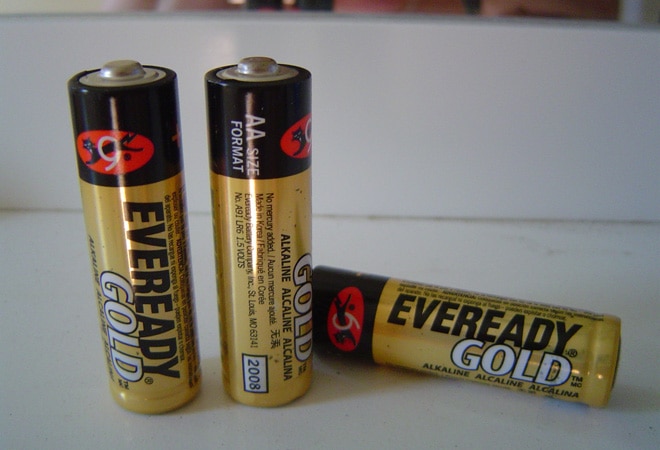 Eveready Industries India (EII) has a promising business portfolio. It has 50 per cent market share in the core business - batteries. Another major segment, flashlights has 70 per cent market share. The diversification to new business areas - lighting, electrical products and small home appliances - are timely as the country brings forth import barriers on Chinese products. However, debt played spoilsport when everything was looking good. EII sold off its properties in Chennai and Hyderabad to reduce its debt by Rs 200 crore to Rs 350 crore.

But the promoters, Kolkata-based BM Khaitan family, have pledged their shares in EII and McLeod Russel India, which is in tea plantation business, to raise capital to build another engineering and construction busines - McNally Bharat Engineering, which has a debt of around Rs 3,000 crore and a debt restructuring proposal is lying with its lenders. All these businesses come under Khaitans' Williamson Magor group.

As the debt was weighing down heavily on the company, the share price of EII started crashing from its peak since January 2018 and was reduced to one-tenth in two years - from Rs 450 to Rs 45. When adversity struck, the lenders acted swiftly to protect their wealth. In the recent incident, IndusInd Bank has invoked the promoters' pledged shares in EII and McLeod. The move resulted in nearly 8 per cent reduction in promoter holding in both the companies. The Khaitan family was holding 42 per cent stake in EII and 31 per cent in McLeod a year back. It has now come down to 7.25 per cent and 18.32 per cent, respectively, with the increasing pledge share invocations.

It was when the promoter shareholding was decreasing, another Kolkata-based business family, the Burmans, who control FMCG giant Dabur India, started picking up stake in the battery maker. The Burman family, which has been buying into Eveready since March 2019, has emerged as the largest shareholders in EII with a holding of 19.84 per cent.

The market speculates that the Burmans may be white knights who came in to guard the Khaitans. But Mohit Burman, vice chairman of Dabur India, said in an email response to Business Today that the family is "pure financial investor in the company as of now". "The company has similarities to other FMCG businesses which we are familiar with, so at the price, we found the company and the brand attractive," said Burman.

Burman said that a further stake increase will depend on the share price of EII. His recommendation to the EII management is to run the business in a proper professional manner to benefit all stakeholders. "We believe the company can meet its liabilities and obligations given its cash flows," added Burman.

The consolidated operational revenue of EII dropped by 19 per cent to Rs 1,221 crore in financial year 2019-20. The profit fell 62 per cent to Rs 178 crore. India Ratings upgraded EII's long term credit ratings to 'IND BB+' from 'IND BB' and the outlook was changed to positive, thanks to improved liquidity position after deleveraging.