On a consolidated basis, FY17, FY18 and FY19 were profitable. Against losses totalling over Rs 395 crore between FY14 and FY16, CCD posted profit after tax (PAT) totalling close to Rs 185 crore in the next three fiscals 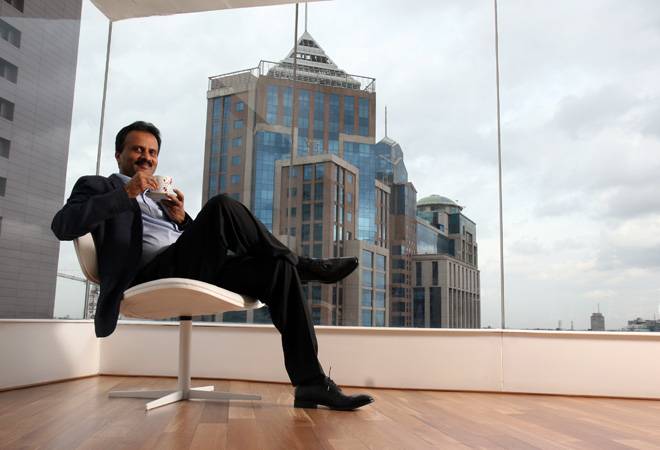 The sudden disappearance and rumoured suicide of Cafe Coffee Day founder V.G. Siddhartha has put the spotlight on the financials of the country's largest coffee chain. In an alleged letter, Siddhartha, the son-in-law of former Karnataka CM SM Krishna, stated that he "failed to create the right profitable business model" despite his best efforts. Although the signatures in the letter differ from his signatures in the company's annual report in 2018, CCD's financial data between FY14 and FY19 sourced from CMIE are a mixed bag.

On a consolidated annual basis, FY17, FY18 and FY 19 were profitable. Against losses totalling over Rs 395 crore between FY14 and FY16, CCD posted profit after tax (PAT) totalling close to Rs 185 crore in the next three fiscals. In fact, PAT had shot up 509 per cent year-on-year in FY18 to nearly Rs 49 crore. But the PAT graph has been pretty jagged on a quarterly basis ever since. From close to Rs 35 crore in the quarter ended March 2018, PAT dipped to the Rs 21-24 crore levels over the next two quarters before jumping threefold to Rs 73.51 crore in end-December 2018. In Q4FY19, it dropped back down to Rs 28.83 crore.

According to the Coffee Day Enterprises Limited's (CDEL) investor presentation for the year ended March 2019, the company's PAT stood at Rs 128 crore. "PAT for the period Q4FY19 and FY19 includes exceptional gain amounting to Rs 17 crore and Rs 68 crore (FY18 Rs 37 crore) respectively on account of fair valuation/sale of our equity stake held in Global Edge Software Ltd," CCD disclosed in a regulatory filing. The company also reported net operating revenues of Rs 4,264 crore in the last fiscal, a growth of 13 per cent year-on-year.

The CMIE data, however, takes the sheen off the profit figures posted by the company. On a consolidated basis, it is the income from CCD's non-core activity i.e. income from financial services that helped report positive PAT. While sales have grown 60 per cent in the four years to FY18, income from financial services has jumped nearly 86 per cent in the same period. Moreover, although CCD's tangible networth continues to rise, crossing Rs 2,480 crore in FY18, its PAT is shockingly low.

The company's debt pile is a big concern. As per CMIE data, the CCD's borrowings have jumped 63.54 per cent, from Rs 4,003.47 crore in March 18 to Rs 6,547.38 crore in March 2019. The interest on borrowing is paring down on profitability as the interest payments have increased to around Rs 145 crore from Rs 91 crore in March 2018. In the investor presentation, the company mentioned that the proceeds from the sale of its stake in Mindtree have been utilised to reduce its debt. "The transaction was concluded on May 3, 2019, and proceeds net of expenses and tax to the tune of Rs 2,100 crores were received," the company stated. But the debt burden remains sizeable even now.

Meanwhile, its expansion plans have slowed down. In 2013, the company had announced plans to have 2,000 outlets by the following year, but that did not come to pass. Last October, the company reportedly revised plans targetting a network of 2,500 stores over the next 7-8 years.

The earning per share (EPS) for CCD investors has seen a 47 per cent fall a consolidated basis since the quarter ended December 2017. The stock of Coffee Day has fallen over 41 per cent in the last six months, including a steep 20 per cent plunge in the early trading session on Tuesday. The future outlook is equally grim. "From the information available, CCD is severely affected by the slowdown in the economy and liquidity crunch. We may see the stock to slide further to double digits if the clarity regarding its financials is not declared," said Romesh Tiwari, Head of Research, CapitalAim. He added that investors should avoid this stock until the whole situation is out and clear.