The estimate is based on an analysis of 430 companies, which account for nearly 65 per cent of the market capitalisation (excluding financial services and oil companies) of the National Stock Exchange 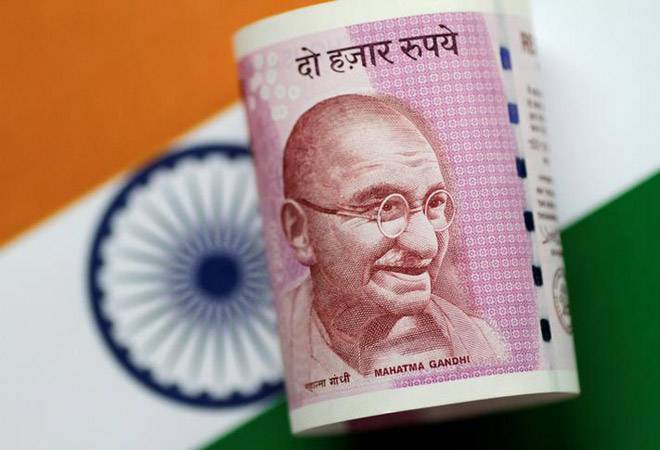 The protracted slowdown in consumption in the economy has begun to take a toll on the balance sheets of corporates with revenues estimated to have fallen by 3 per cent in the second quarter of the current financial year, a report by CRISIL Research has shown. This is the first time in 14 quarters -- three and a half years -- that revenues have fallen in a quarter.

The estimate is based on an analysis of 430 companies, which account for naarly 65 per cent of the market capitalisation (excluding financial services and oil companies) of the National Stock Exchange (NSE). It is largely on the back of a sharp drop in demand across consumption segments - excluding that of banking, financial services, insurance and oil companies. In the previous four quarters, i.e. between Q2FY19 and Q1FY20, aggregate revenue had grown 11-12 per cent on an average.

"Automobiles, one of the key sectors driven by consumption spending, continues to reel under a demand slowdown. Aggregate revenue of listed automobile players is estimated to have dropped around 25 per cent in the second quarter. In a rub-off, the revenue of automotive component makers is estimated to have fallen 14-16 per cent amid production cuts," said Prasad Koparkar, Senior Director, CRISIL Research. "As for FMCG, weakened rural consumption and a high base are expected to have caused a moderation in growth to 6-7 per cent compared with 8.7 per cent on average in the previous four quarters."

The domestic automobile industry has borne the brunt of the consumption squeeze in the economy with consumers at large opting to postpone their purchases due to increased uncertainty over job prospects and wage hikes. At the same time, unemployment is also at an over four-decade high. Passenger vehicles sales in India have fallen for 11 straight months till September, and in 13 of the 14 months stretching back to July 2018.

Other sectors have not fared any better. Construction-linked sectors are expected to log an overall decline of around 5 per cent on-year in revenue in the second quarter, CRISIL Research said. This is on account of around 15 per cent on-year decline in steel products, mainly due to declining realisations, as flat steel prices dropped 14 per cent. On the industrial side, the revenue of petrochemical companies is expected to fall 23-25 per cent due to lower petrochemical realisations amid a fall in feedstock naphtha prices (around 25 per cent on-year decline) following lower crude oil prices. For companies in power sector, aggregate revenue growth is estimated to have logged a slower pace of 3-4 per cent against an average of 10 per cent in the previous four quarters due to a slowdown in power demand across regions. The sole outlier is the cement sector, which is likely to log a 5-6 per cent rise in revenue despite a drop in volumes, given higher realisations.

The lower revenue has had a telling impact on profitability as well. Growth in earnings before interest, tax, depreciation and amortisation (EBITDA), is expected to have fallen to 0-1 per cent as higher fixed cost amid weak demand for sectors such as automobiles nullified the gains from lower commodity prices, and weak global demand and absence of rupee tailwind hurt export-linked sectors. Among others, domestic prices of flat steel and aluminium were lower on-year by around 14 per cent each in the second quarter, though long steel prices remained range-bound. Additionally, oil prices softened 18 per cent on-year.

The decline in margins is on the back of healthy growth of 7.1 per cent in EBITDA in the first quarter of this fiscal despite a more muted 4.1 per cent revenue growth. This was on account of a sharp improvement in the EBITDA of consumer discretionary services such as airlines, telecom and retailing, and lower commodity prices.

"While overall EBITDA continues to show growth, excluding sectors such as airlines and telecom, which are benefiting from consolidation and a revival in pricing, the EBITDA profits may show a decline of 5-6 per cent for the second quarter," said Hetal Gandhi, Director, CRISIL Research. "Indeed, 10 of 19 key sectors evaluated are expected to show an on-year drop in margins."

For key sectors such as automobiles, auto components and steel products, EBITDA margins are likely to decline by 250-300 basis points. On the other hand, cement companies are likely to witness margin expansion by 500 bps on account of improved realisations and lower power and fuel costs. Airline and telecom services are also expected to see some expansion in margins. In the second half of this fiscal, low base of last year could provide some respite to corporate revenue growth.

BT Buzz: 5 per cent of India's GDP is stuck in unsold housing inventory