Facebook has picked up a 9.99 per cent stake in Jio Platforms, the subsidiary of RIL that houses the country's youngest but biggest telecom company as well as an array of apps 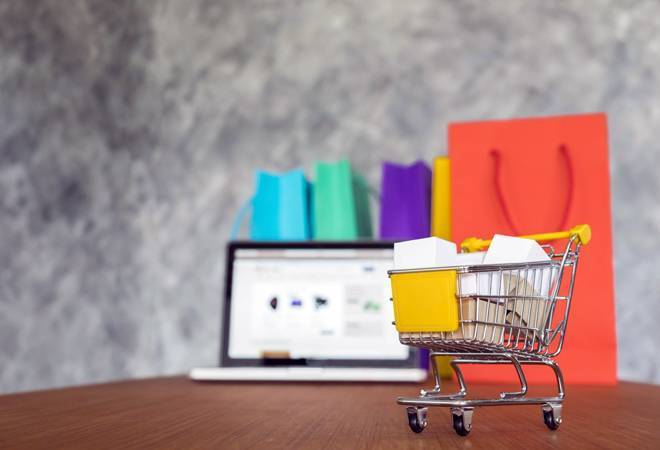 India's e-commerce business is expected to grow at a compound annual growth rate (CAGR) of 27 per cent to reach $99 billion by 2024, Goldman Sachs said projecting that Reliance Industries would capture half of the online grocery sales through its Facebook.

In a report titled 'Global Internet: e-commerce's steepening curve', Goldman Sachs said the Covid-19 pandemic has driven a doubling of penetration of e-commerce globally with categories such as consumer packaged goods driving as much as three years of penetration growth in three months.

"We forecast India e-commerce will reach $99 billion by 2024, growing at a 27 per cent CAGR over 2019-24, with grocery and fashion/apparel likely to be the key drivers of incremental growth in our view," it said.

"The biggest near term theme in India internet, in our view, is the foray of Reliance Industries (India's largest market-cap company with presence across sectors such as energy, telecom, and retail) into e-commerce, and the company's tie-up with WhatsApp for online grocery," it said.

Facebook has picked up a 9.99 per cent stake in Jio Platforms, the subsidiary of RIL that houses the country's youngest but biggest telecom company as well as an array of apps. RIL's e-commerce venture, JioMart plans to use Facebook's WhatsApp to connect local grocery stores with customers.

Goldman Sachs said Bigbasket and Grofers accounted for more than 80 per cent of the market in 2019 in online grocery.

Online grocery has been growing at over 50 per cent year-on-year for the last couple of years, but with the outbreak of Covid-19 resulting in shift to online, and the recent entry of RIL, the growth will accelerate to 81 per cent CAGR during 2019-24, it said.

"We believe RIL's partnership with Facebook could result in the company becoming a market leader in the online grocery space, with more than 50 per cent share by 2024," it said. "Having said that, we do see grocery as a large category for two or more players to co-exist over time."

Growth in India's e-commerce, the brokerage said, is likely to come from better penetration into categories such as grocery/FMCG, improving payment ecosystem and ease of shopping through WhatsApp etc.

"We expect non-grocery e-commerce penetration to see a sharp increase of 500 basis points over the next two years to reach 16.1 per cent by 2021," Goldman Sachs said adding the last 500 basis points of the increase took four years.

"As far as incremental growth in e-commerce is concerned, we expect grocery to be the biggest driver with 40 per cent contribution to incremental e-commerce GMV (gross merchandise volume) between 2019 and 2024," it said.

"However, online penetration currently stands at less than 0.5 per cent (absolute size $2 billion), one of the least among categories," it said projecting the online grocery market in India to grow 20x over the next 5 years, to reach $29 billion in value (5.1 per cent penetration) by 2024.

It saw a higher acceptance of online purchases among Indian consumers, especially since Covid-19, as one of the key drivers.

Other drivers include RIL's foray into the space leveraging its large offline distribution capabilities and ability to order groceries through WhatsApp - a platform with more than 400 million users in India.

Goldman Sachs said the coronavirus pandemic has driven an acceleration in the adoption of countless technologies and consumer behaviours, chief among them being e-commerce.

"What started at first with panic buying, hoarding and nest feathering out of necessity has turned into an array of adaptations that have driven e-commerce penetration from 16 per cent of retail spending in the US in 1Q19 to over 40 per cent in May driven by year- over-year growth of nearly 70 per cent," it said.

Globally, e-commerce would grow 24 per cent, it added.Also Read: Rahul Bajaj to step down as Chairman of Bajaj Finance; stock plunges over 6%

India, US close to a trade deal after two years of negotiations, says Piyush Goyal