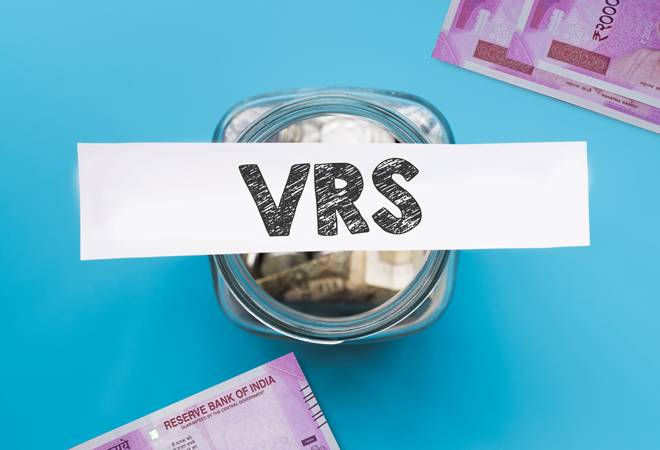 Amid ongoing economic slowdown, corporates have been cutting costs by layoffs or by offering voluntary retirement scheme (VRS). India's largest vehicle maker Tata Motors, with a plan to offer VRS to over 1,600 employees, may join the list of other auto majors such as Hero MotoCorp, Toyota Kirloskar Motors and Ashok Leyland that have implemented similar schemes this year. Over 92,000 employees of state-run BSNL and MTNL have so far opted for the recently announced VRS, according to a government source. Is India Inc getting aggressive to cut costs via VRS? Let's find out.

VRS is a popular method to reduce surplus staff. It results in an overall reduction in the existing strength of employees. Many large public and private sector companies have implemented VRS in recent years.

In the present context, the first half of the current fiscal has seen VRS expenses amounting to Rs 207 crore compared to Rs 218 crore in the corresponding period last year. This aggregate is based on the sample study of all listed companies.

Although it translates into a decline of of 5.1 per cent, what makes it interesting is its decelerated pace from a double-digit decline of 18.2 per cent between H1FY18 and H1FY19. The fall was more acute at 38.9 per cent during first half of fiscal year 2016-17 and 2017-18, when the VRS expenses saw a trend reversal after two consecutive periods of growth in the first half of fiscal year 2015-16 and 2016-17. Going by this yardstick, the sample of companies in H1FY16 have seen the maximum growth in VRS expenses since FY2005-06 by jumping over three times from Rs 124 crore to Rs 412 crore. 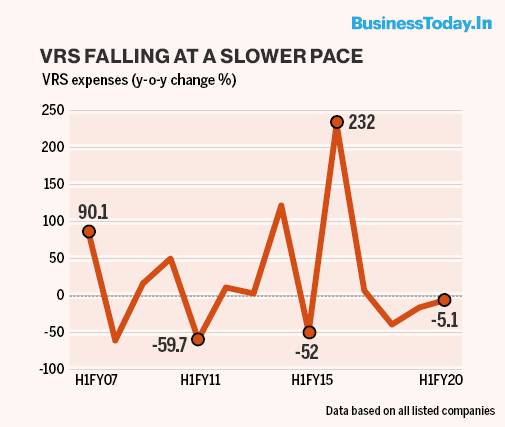 The entire VRS expense in Q2FY20 was borne by the non-financial sector with close to 96 per cent share in Q1FY20. 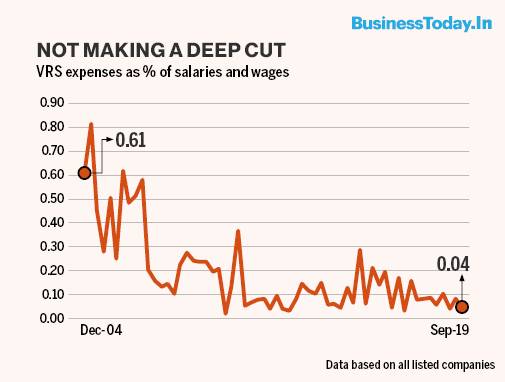 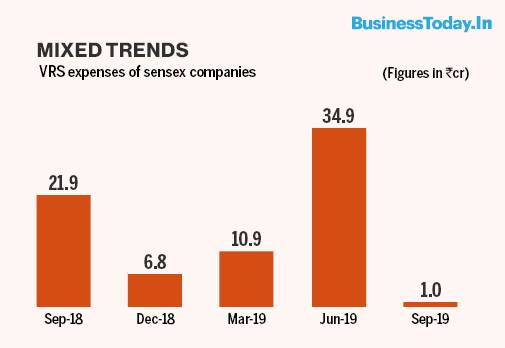 The next two quarters may give clear indications as to how aggressively companies are managing employee exits.

Amazon gets CCI nod to acquire 49% stake in Future Coupons