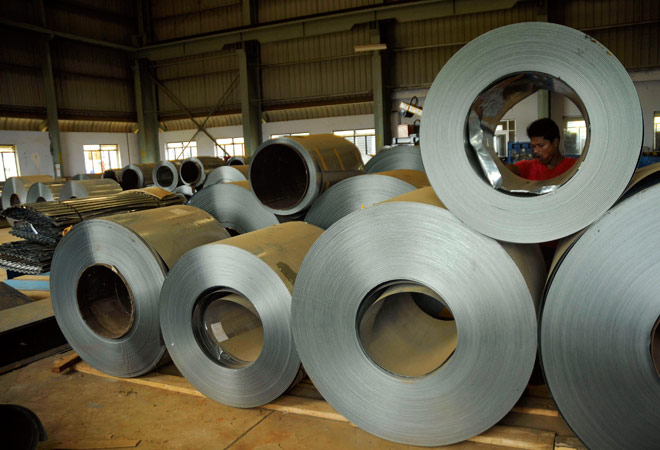 JSW Steel has reported an 87 per cent decline in net profit to Rs 62.38 crore in the March quarter due to high cost of production, higher imports and uncompetitive exports.

The company has, however, chalked out capex plan of Rs 9,000 crore to expand its brownfield capacities.

JSW Steel's bottom line was cushioned by the Rs 112 crore write back in the March quarter.

The quarterly performance was also hit due to fall in revenues from steel, power and other business segments.

"The cost of production for steel in the domestic market is not coming down, rupee has depreciated less than other global currencies, imports remained high and exports become uncompetitive. All this has reflected in the performance," JSW Steel Managing Director and Group Chief Financial Officer Seshagiri Rao told reporters on Friday.

"The company was able to partly offset the headwind of intensifying price competition from surging imports with product mix enrichment," Rao said.

He said that ramping up of new downstream facilities led to the share of value-added products in overall volumes improving to 33 per cent during 2014-15.

Going ahead, JSW Steel has planned a capex of Rs 9,000 crore for the next two years with brownfield expansion worth Rs 5,200 crore in the current fiscal, Rao said.

Can Kishore Biyani beat rivals with his new plans?