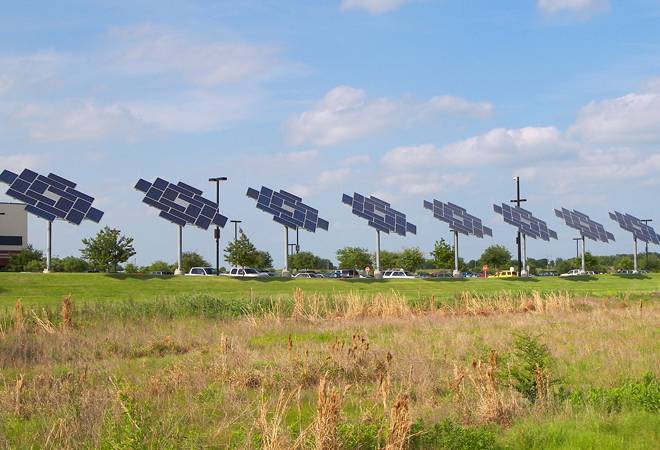 The promoters of Sterling and Wilson Solar Limited (SWSL) -- Shapoorji Pallonji and Company Private Limited and Khurshed Daruvala -- who were to repay Rs 500 crore to the renewable power company by June have sought extension because of the fundraising troubles. Of the outstanding loan amount of Rs 2,563 crore (principal amount of Rs 2,335 crore and interest of Rs 228 crore), the promoters have already repaid Rs 1,500 crore until March. The SWSL board approved the new repayment plans of the promoters on Friday.

The SP group chairman Shapoor Mistry and Daruvala said in a joint letter that they will make Rs 500 crore repayment within a few weeks and the total outstanding will be cleared as per the schedule by September 2020. They have about Rs 1,000 crore loan outstanding.

"In these extraordinary and unprecedented circumstances, while we continue to strive towards achieving the originally agreed upon milestone of June 2020, we apprehend that the next instalment of Rs 500 crore envisaged to have been paid by June 30, 2020 might spill beyond by a few weeks. We reiterate our commitment to facilitate the complete payment within the outer deadline of September 30, 2020 underlining our intent to honour the commitment even during these difficult times," the promoters said in the letter.

Last year, the Shapoorji Pallonji Group and the co-promoter Daruvala had failed to honour their commitments made during Sterling and Wilson's initial public offering (IPO) in August 2019 because of liquidity crisis. In December 2019, the board of SWSL accepted a revised schedule for facilitating repayment of the outstanding loan due from Sterling & Wilson Private Limited and its subsidiary, Sterling and Wilson International FZE to SWSL and its subsidiary Sterling & Wilson International Solar FZCO.

In line with the revised schedule, we have facilitated payment to the tune of Rs 1,500 crore as on date, said the promoters. "This amount includes Rs 500 crore paid on March 31, 2020 despite the country entering into a complete economic and social lockdown due to the spread of COVID-19. As you are aware, COVID-19, which has been recognised as a global pandemic, has created a significant disruption to economic activity in India and globally. This has also created execution delays to our fund raising plan that was envisaged in December 2019," they added.

While there is still a possibility of being able to fund Rs 500 crore by June 30, in the event of a delay, we will request the audit committee or the board for a meeting so that we could apprise the members about the specific actions that are underway at our end, they said in the letter.

SWSL, a leading global solar EPC and solution provider with a presence in 25 countries, had revenue from operations of Rs 5,575 crore in the last financial year. It has an orderbook of Rs 11,396 crore.

SWSL share price hit an upper circuit of 5 per cent at Rs 199.25 per share on the BSE today after the company's US-based subsidiary bagged the largest solar project in the country.  The subsidiary has been awarded a $99 million (Rs 747 crore) contract to construct a 194 MW project in the United States.

Also Read: Coronavirus: Over 40 crore people to be screened by July-end in India

COVID-19 era: How supply chains are adapting to coronavirus lockdowns