Voltas to invest in smart products led by AI, robotics 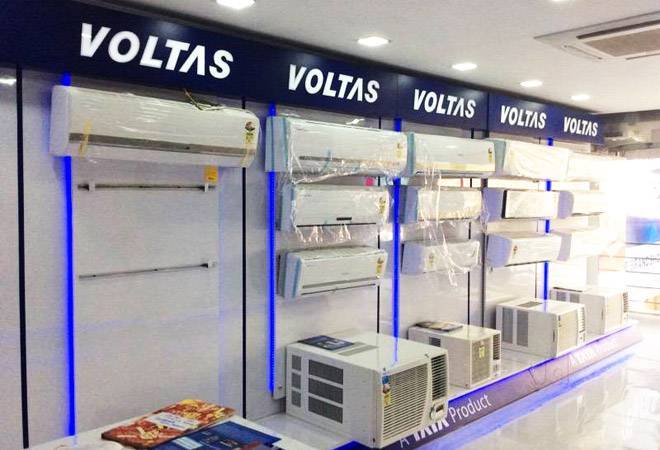 From smart products and smart factories to devising digitally-enabled preventive maintenance mechanisms, Tata Group's consumer durable arm Voltas has embarked upon an aggressive digital strategy. Voltas MD and CEO Pradeep Bakshi says that the company's upcoming launches would include a number of artificial intelligence-enabled products. "We are trying to come up with products which will understand the needs of the consumer and behave accordingly. We are trying to come up with air-conditioners that will sense the heat and adjust its cooling speed accordingly. If there are less people in the room, it will reduce its cooling speed and vice-versa."

He says that the company is in the process of introducing robotic technology in its manufacturing facilities. Its new refrigerator and washing machine manufacturing facility in Anand in Gujarat, for instance, has robots moving components on the production line. "Thanks to the robots we were able to manufacture despite less manpower through the pandemic. Next year you will see the launch of yet another smart factory in Chennai. Digital is playing a critical role and we are ramping up our digital pace so that we can make best use of talent available and also be meaningful to consumers," says Bakshi.

The company, like most of its peers has also been handholding its dealers to generate sales through video demonstrations and giving consumers DIY (do it yourself) video service tutorials. On the business front, the company like most of its peers, has got impacted by the coronavirus pandemic. In Q1FY21, Voltas revenue and PAT were at Rs 1,364 crore and Rs 82 crore respectively versus a revenue and PAT of Rs 2,697 crore and Rs 258 crore in Q1FY20. "Despite business being almost negligible April and May, we were the only company (in the consumer durable sector) which made a profit. We only got 40 days of sales in the first quarter of 2021." says Bakshi.

Over 50 per cent of sales of Voltas come during the summer months of March, April and May when there is a high demand for air-conditioners. Voltas is the market leader in air-conditioners with a market share of 26.9 per cent. Bakshi claims that his business was growing by over 50 per cent till February 2020. He doesn't want to predict if his company would be able get back the growth levels by the end of FY21.

"In June and July, we grew by 20 per cent, but this quarter is still on. Predicting growth this year will be difficult as the lockdown hasn't been lifted completely. In many states, markets are operating only three days a week, they are closed during weekends. However, our endeavour would be to outperform the industry and be market leaders. We will be profitable, but it's difficult to predict if it will be more than last year," Bakshi said.

"Our market share in these categories is in the region of 2 per cent. We have set up a factory near Ahmedabad to manufacture direct cool refrigerators, we have also started manufacturing semi-automatic and automatic washing machines a year ago in Anand. We are confident that in these categories also we will reach to the leadership position soon," Bakshi said. The company is also putting up a facility in the outskirts of Vadodara to manufacture commercial air-conditioners.