YES Bank Q3 FY20 result: YES Bank decided to enhance its Provision Coverage Ratio on its NPA loans over and above RBI loan level provisioning requirements. As a result, the bank recognised additional provisions of Rs 15,422 crores in Q3 FY20 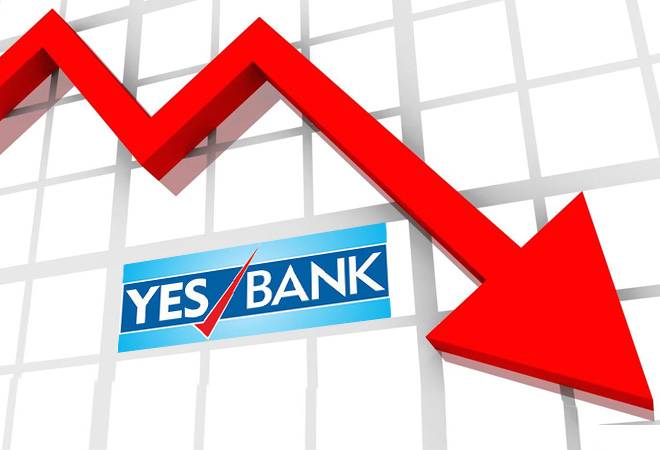 This is YES Bank's worst quarterly loss in history

YES Bank Q3 FY20 result: YES Bank has suffered a loss of Rs 18,564 crore in December quarter in FY20 due to provisions and contingencies of Rs 24,567 crore. The bank's Q3 result comes after SBI, HDFC Bank, Kotak Mahindra Bank and others announced investments in the bank. The bank reported a profit of Rs 1,001 crore in Q3 FY19 and a net loss of Rs 600 crore in Q3 FY18.

This is its worst quarterly loss in history.

YES Bank has also decided to enhance its Provision Coverage Ratio on its NPA loans over and above RBI loan level provisioning requirements. As a result, the bank recognised additional provisions of Rs 15,422 crores in Q3 FY20.

YES Bank auditor, BSR & Co, in its report, said: "...(As of) December 2019, the (YES) Bank has incurred a quarterly loss of Rs18,560.31 crores and a period to date loss of Rs.19,046.63 crores. During the period, there has also been a significant decline in the Bank's deposit base, an increase in the NPA ratios resulting in breach of loan covenants on its foreign currency debt and credit rating downgrades resulting in partial prepayment of foreign currency debt linked to external credit rating."

Earlier today, the central government notified the scheme. Following which, RBI's moratorium on the bank will be lifted at 6 pm on March 18. The lifting of the moratorium will bring relief to Yes Bank customers as the withdrawal cap will be removed.

As per the final reconstruction plan, shareholders of the bank have been barred from selling more than 25 of their current holding for 3 years. Only retail shareholders holding up to 100 shares can sell their entire holding.

The authorised capital of the reconstructed bank will stand altered to Rs 6,200 crore and number of equity shares to 3,000 crore of Rs 2 two apiece, aggregating to Rs 6,000 crore. The authorised preference share capital will continue to be Rs 200 crore.

State Bank of India, the lead investor in YES Bank, has announced it will infuse Rs 7,250 crore, while other lenders including ICICI Bank, Kotak Mahindra Bank and Axis Bank have also been roped in to revive the financially troubled lender.

As per the respective regulatory filings, ICICI Bank will pump in Rs 1,000 crore, Axis Bank will invest Rs 600 crore, and Kotak Mahindra Bank will infuse Rs 500 crore.  Furthermore, the reconstruction plan states that all YES Bank employees have been guaranteed at least a year-long continuation of employment and all bank branches will continue to operate as usual.

Meanwhile, Government has appointed SBI's former Chief Financial Officer (CFO) Prashant Kumar as the new Chief Executive Officer (CEO) of YES Bank. Kumar will take over his new responsibility after the moratorium on the lender is lifted, according to the Ministry of Finance.