This bill (Jammu and Kashmir Reservation (Amendment) Bill, 2019) is not to please anyone but for those living near the International Border, says Shah 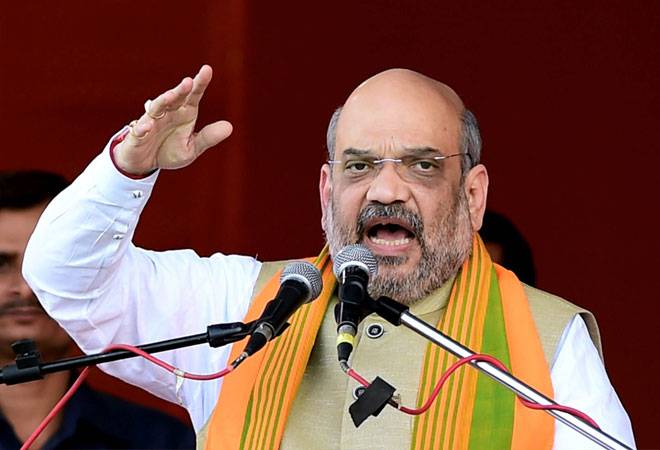 Union Home Minister Amit Shah on Friday introduced the Jammu & Kashmir quota bill in Parliament, while also proposing to extend the President's rule in the state by six months. The Union Home Minister said the Jammu and Kashmir Reservation (Amendment) Bill, 2019, aimed to provide reservations in educational institutions and government jobs within 10km of the International Border in the Jammu area, just like the Line of Control in Kashmir. He said students had to stay in bunkers for several days during shelling and firing, which was why the government wanted a reservation for those living along the International Border. Moving the bill in the Lok Sabha, Shah said, "This bill is not to please anyone but for those living near the International Border."

The Union minister said the Modi government had tried to fulfil the expectations of the people of Jammu and Ladakh. He added that people of Jammu and Ladakh areas were, for the first time, feeling that they were part of the state. "Pending cases have been resolved over the years. Refugees from PoK and West Pakistan have been helped. Over 15,000 bunkers are being constructed. Compensation is being paid if livestock is killed," he said.

He also said the government was monitoring the overall security situation in the state. "We are monitoring the situation in Jammu & Kashmir. Construction of bunkers along the border areas will be done within the time limit set by previous Home Minister Rajnath Singh. Life of every individual is important to us," he said.

Introducing a bill to extend the President's rule by six more months, Shah said: "The current President's rule in Jammu and Kashmir is scheduled to be over on July 2. In view of Ramadan and Amarnath Yatra, the election in the state has been postponed to by 2018-end." He added the government held the local body polls in Jammu and Kashmir and released Rs 37,000 crore for the panchayats.

NK Premchandran of RSP said in Parliament that though he supported the content of the bill, he opposed the ordinance route. He also criticised the government for proposing a statutory bill to extend the President's rule in the state, saying why the government was citing 'Amarnath Yatra or Ramadan' to postpone the Assembly elections when the EC had recently conducted the Lok Sabha polls in the state.

ITR filing: These new changes in ITR1 form will make tax filing easier for you