Lucknow anti-CAA protests: Senior police officers were camping in the areas disturbed by protests in Lucknow 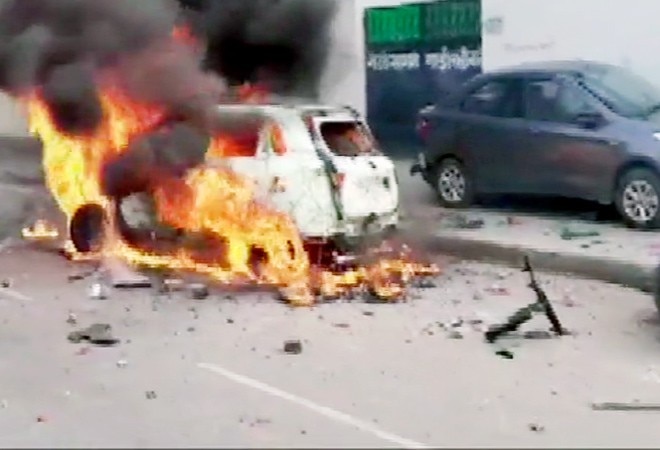 Protests in Lucknow: Protests against Citizenship Amendment Act in Lucknow turned violent on Thursday afternoon when a mob pelted stones and torched vehicles parked outside a police post. Protestors torched a police post and vehicles near it in Madeyganj area of the city.

Police had to fire tear-gas shells to control the situation in Madeyganj area. About 20 people have been taken into custody, DGP OP Singh told PTI.

Reports suggest that tension was palpable across Lucknow. Police personnel were hard-pressed to maintain law and order in the capital city. Senior police officers were camping in the areas disturbed by protests.

Follow BusinessToday.In for more updates on Anti-CAA protests in Lucknow:

4:46PM: Situation is under control now, Lucknow SSP told ANI on violence in Husainabad. "Mob had turned violent but force didn't lose their patience. Mob has been dispersed forcefully so that there is no loss of life or property. The force is now being moved to other location. 40-50 arrested have been across the district."

Lucknow: Uttar Pradesh DGP, OP Singh at the spot in Hazratganj where violence broke out during protest against #CitizenshipAmendmentAct. pic.twitter.com/n9k7Tdxnw8

4:10 PM: Reports suggest that several police personnel have been injured during violent protests in Lucknow.

4:09 PM: Protests continue in Lucknow. RAF deployed in several parts of the city.