Coronavirus impact: In a statement, the labour union said that thousands of BMS activists started demonstrations on the roads as well as outside government offices, following which they sent memoranda to the President of India 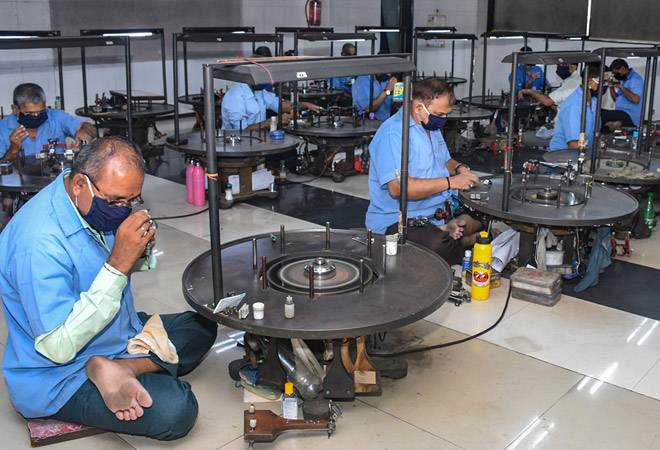 The RSS-affiliated Bharatiya Mazdoor Sangh (BMS) on Wednesday said that its call for protests against easing of labour laws has received "tremendous response". It has also sent a memorandum to the President Ram Nath Kovind requesting him to negate the ordinances brought out by various state governments.

In a statement, the labour union said that thousands of BMS activists started demonstrations on roads as well as outside government offices, following which they sent memoranda to the President of India. "In response to the call given by Bharatiya Mazdoor Sangh to observe nationwide Protest Day on 20th May 2020 against the unilateral changes in labour laws in 14 states, there was a tremendous response from all over the country," BMS said.

Mobilising support against suspension of labour laws especially by BJP-ruled states, BMS has activated its local functionaries. As many as 450 district units are expected to submit their memoranda to local authorities.

"BMS demands the Government of India to consider the plight of the workers and to issue stringent directions for the payment of wages immediately at the same time also requests the central government to intervene and halt changes in the labour laws by the state governments," the RSS-backed labour union said.

As part of its multi-pronged protest strategy, the BMS has launched a nationwide agitation. "The protest demonstration was held in interior parts of India too," the union said.

It claimed to have received support from the uranium mines workers in Jharkhand, copper mine workers in Malajkhand (Madhya Pradesh), workers in coal belt, marine fish workers in Kerala, and migrant workers in Uttar Pradesh, Bihar and West Bengal among others.

Delhi Pradesh Bank Workers' Organisation (DPBWO) also extended support to the union. Major demands of the labour unions include immediate withdrawal of freezing of labour laws for three years or more by UP, MP and Gujarat. They have also demanded payment of wages for March and April 2020 to all workers and food and shelter for migrant workers.

While the Uttar Pradesh government decided to suspend as many as 30 labour laws for three years on May 6, Madhya Pradesh diluted state labour laws through a combination of ordinance and executive order. Many states such as Haryana, Uttarakhand and Himachal Pradesh are also expected to relax their labour laws.

Unions have said that dilution of labour laws is against the conventions of UN's labour body International Labour Organisation (ILO).

Domestic flights to resume from May 25: IndiGo, SpiceJet gear up for post-lockdown operations