Koduvally, a small town near Calicut has nearly 100 jewellers within one square kilometre, and most of them deal with illicit or black gold 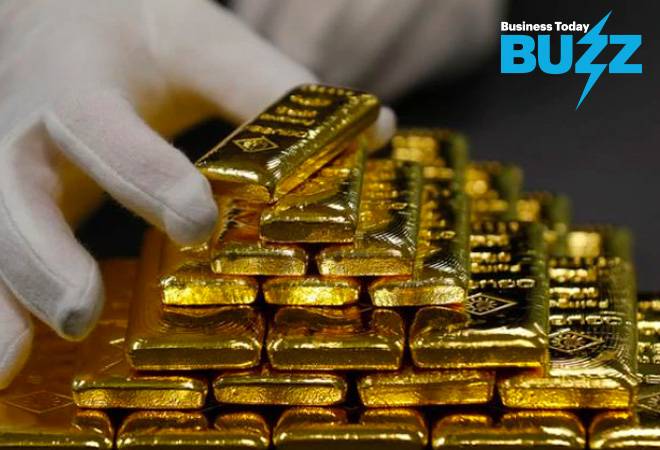 About 20 percent of the gold traded globally is illegally mined

Investigations into gold smuggling by former key officials in the United Arab Emirates (UAE) consulate in Thiruvananthapuram have found involvement of top officials and politicians in Kerala - unearthing an unholy nexus of local politicians, officials and gold traders in the state with international gold mafia.

Sources familiar with the developments say India is fast becoming one of the largest gold smuggling hubs in the world.

Various agencies estimate that over 200-250 tonnes of gold is smuggled into India every year and that represents about one-fourth of the gold consumed in India, the largest jewellery manufacturing hub in the world. India is also the second-largest consumer of gold in the world after China.

A November 2019 report of Impact, a Canada-based NGO, on 'How India Became One of the World's Largest Gold Smuggling Hubs' says illegal export of gold from the Great Lakes region of Africa to the United Arab Emirates (UAE), from where most of the gold is smuggled into India, grew from some five tonnes per year in 2007 to more than 22 tonnes per year by 2012. This illicit trade represented over $1 billion in value and at least $20 million in lost tax revenue to governments.

As an alternative to paper currency, gold is often favoured by criminals for money laundering and illicit trade. It is a high-value, easy-to-transport mineral, making it vulnerable to smuggling and an ideal target for armed groups. The illicit gold trade has been tied to armed groups in countries like the Democratic Republic of Congo, Mali, Venezuela, Colombia, who use the proceeds to fund their illegal activities, says the report. About 20 percent of the gold traded globally is illegally mined by artisans and small scale miners, mainly from these African countries.

Illicit gold, after entering India, is absorbed into the legal market with ease, and is re-exported as jewellery, say sources. For every 5 kg of gold that comes in to India, almost 1 kg goes back out as jewellery.

According to Gems and Jewellery Export Promotion Council (GJEPC), Hong Kong, UAE, and the United States account for over 80 percent of the country's total exports of gems and jewellery. Payments for smuggled gold are done through the hawala route. At least 40 percent of raw materials used by organised retail chains are from re-cycled jewellery and the rest is sourced through official channels, say sources. Kerala has at least half a dozen organised retail chains with numerous showrooms in India and abroad.

Sources say the smuggled gold in Kerala goes mainly into the hands of small scale jewellers in northern Kerala, who make ornaments, which eventually reaches legalised trade channels. Koduvally, a small town near Calicut has nearly 100 jewellers within one square kilometre, and most of them deal with illicit or black gold. Gold 'hallmarking' was made mandatory in India last year, but still 40 percent of the gold traded lack hallmark, say trade sources.

As part of the 'Made in India' policy, the Union Government with a view to boost domestic gold refining, had imposed an 8 per cent import tax in 2013 on 'dore' or unrefined gold, when compared to 10 per cent for refined bullion. This was reduced slightly later, but still the margins for refined gold processors are very less. Almost all the legal channels, like the 22 nationalised banks led by Bank of India, Bank of Nova Scotia or ICICI Bank and the licensed importers like MMTC-PAMP, the Handicraft and Handlooms Export Corporation and the Diamond India, prefer to source only refined gold.

If that is the case with the raw material, high import duty is the major reason for smuggling. Import duty on gold was increased from 10 to 12.5 percent in the 2018-19 budget. Finance Minister Nirmala Sitharaman has not heeded to the demands of the industry to reduce it to 4 percent. In August 2013, the then UPA government had introduced a '80:20' rule, which allowed traders to import gold only after exporting 20 percent of the previous imports. The NDA government abolished it in 2014.

In 2018, some of the Middle East countries imposed 5 per cent duty on gold, which is much lower than the 12.5 percent in India. This means gold is cheaper by upto 15 percent in a place like Dubai as compared to Mumbai or Kochi. Gold bar purchases are exempted from any duties and gold jewellery purchases have a flat 5 per cent duty in the UAE. Further, tourists visiting to the UAE and buying gold can claim a VAT refund at any airport in the UAE.

Even after paying Rs 50,000 to Rs 60,000 as fees for the carriers, who are trained to carry it concealed in the body or luggage, smugglers and buyers get handsome profits. Sources say numerous youths from northern Kerala are frequent flyers to Dubai, and they get accommodation, training and get all luxuries for choosing the life of a carrier. Many carriers are experts to hold melted gold filled in condoms and inserted into rectum for 4-5 hours. If the smuggling is less than a kilogram and when caught, punishment is nominal, and the mafia pays for the bail and handles court proceedings.

It requires immense support and an extensive network to smuggle gold, say experts, citing the Kerala case. The Customs department grilled M. Sivasankar IAS, the former Kerala IT Secretary and Principal Secretary to the Kerala Chief Minister Pinarayi Vijayan for over nine hours. He was released on Wednesday early morning and is likely to be further investigated, especially for helping the smugglers get a rented flat, the customs has clarified.

A close confidant of the Kerala CM and expelled last week following the allegations, the bureaucrat is alleged to have done illegal favours to his friend Swapna Suresh, a former secretary to the UAE Consular General in Thiruvananthapuram and the second accused in the case.

She is also alleged to have illegally secured a consultant managerial post in the Space Park project of the Kerala IT department, recruited through an agency appointed by the Pricewaterhouse Coopers, a consultant to the State IT department for many developmental projects in Kerala.

P.S. Sarith, a former PRO in the UAE consulate and Swapna are the first and second accused in the case relating to the smuggling of 30 kg of gold worth nearly Rs 15 crore from Dubai early this month using  the 'diplomatic baggage' addressed to the UAE consulate in Thiruvananthapuram.

So far, four people have been arrested by the Customs department. The National Investigating Agency (NIA) is also investigating the case, as the Union Home department suspects the smuggled gold is also channeled to fund anti-India activities. Both Sarath and Swapna have already confessed to smuggling more than 100 kilograms in the past few months through the same channel, bypassing checking at the Thiruvananthapuram and Kochi airports.

Many politicians are alleged to have pressurised the Customs officials to release the consignment without checking. Telephone call details of Swapna and Suresh also reveal nearly 14 conversations since June 5 with the Kerala's education minister KT Jaleel. He denies any wrong doings, but  has confessed he knows Swapna for nearly four years. Investigations are on in full swing, and the NIA has approached Interpol seeking a "blue notice" against one Faisal Fareed, a Dubai-based businessman and a key accused in the smuggling racket.

Even while the issue was snowballing in Kerala for the past ten days, the Customs had arrested many gold smugglers at the Kochi, Karipur and Kannur airports.  On June 22, the Customs Intelligence at the Kannur airport caught four people, who came in a chartered flight from UAE, for trying to smuggle out three kilograms of gold. Within ten days of resuming international flight operations to Kerala after the lockdown, the Customs had seized over 9 kilograms of gold and registered 9 cases between June 15-23.

According to the data of the Directorate of Revenue Intelligence (DRI), some of the major gold seizures in 2020 were 6.9 kg gold at Coimbatore, 18.26 kg of imported gold at Delhi and Bolpur railway stations, 4.4 gold seizure at the Guwahati airport, 4.5 kg at Jaipur airport, 5 kg at Mangalore air cargo, 7.2 kg imported gold at Delhi railway station, 12.6 kg at Chennai airport, 2.8 kg and another 3.35 kg at Kochi airport in March. In 2018-19, 166.961 kg of gold worth Rs 52.46 crore was seized from the Kochi airport alone, in comparison to 81.69 kg of gold worth Rs 23.69 crore seized in 2017-18. The Directorate of Revenue Intelligence has observed increased incidents of smuggling from new countries like China, Taiwan and Hong Kong, other than the old smuggling hubs like Nepal, Dubai, Sharjah and other Middle East countries.

Coronavirus fallout: New car sales down 24.1% in June in Europe