With many household items under the 18 per cent bracket now, the prices of chocolate, shampoo, condensed milk may drop by 5-15 per cent. 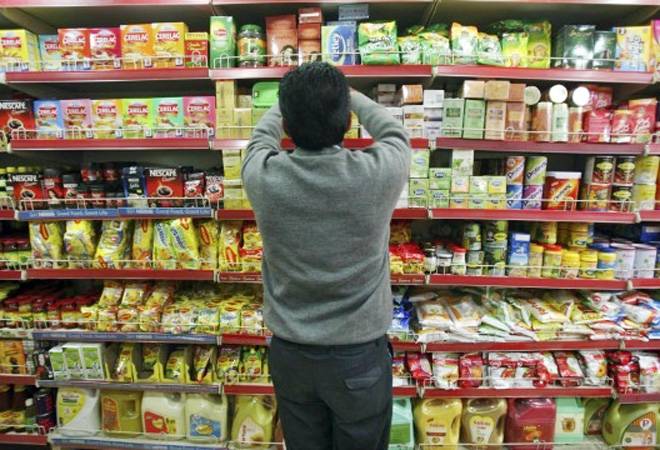 After the 23rd GST Council meet last Friday revised tax rate on as many as 178 items from 28 per cent to 5-15 per cent, major FMCG (fast moving consumer goods) companies may reduce prices of several products. With many household items under the 18 per cent bracket now, the prices of chocolate, shampoo, condensed milk may drop by 5-15 per cent.

Hindustan Unilever, Dabur, Amul, GlaxoSmithKline, Procter & Gamble, Nestle and Perfetti Van Melle said they had either decided to reduce prices or were planning to do so after the recent tax cut on several consumer goods, reported the Economic Times. They added they were working on a plan to streamline the price cut. Amul has said it would reduce the prices of condensed milk, while Nestle, Patanjali have also said they would also drop rates across all the major categories.

The GST Council, which held its 23rd meeting in Guwahati on November 10, apart from reducing the tax rate on the 178 items, also brought all AC and non-AC restaurants in the 5 per cent GST bracket without the input tax credit (ITC) benefit. Only 50 items, mostly demerit, sin and luxury goods have been kept in the 28 per cent tax slab. Under the Goods and Services Tax Anti-Profiteering Law, the companies are liable to pass on any benefit from lower tax incidence to consumers.

Contrary to the claims by these major consumer companies, some retailers have denied to reduce the prices unless the "firms take care of their margins" or take back old stock before implementing the price cut. Talks between retailers and companies are already on, and may take a week before the new price cut is implemented.

Experts said the companies would have to consider the factors such as stock in the supply chain and many other factors.
Ever since the new tax regime came into being, the GST Council has reworked various provisions to make it more industry friendly. The turnover threshold for composition scheme, under which businesses can pay taxes at a nominal rate, would be increased to Rs 2 crore from the present limit of Rs 1 crore. The objective behind lowering taxes is to give more relief to the small businessmen and consumers.

The government had earlier decided to deploy thousands of skill trainers who will help small businesses as well as individuals in fling returns as per the Central government's new guidelines. The Central Board of Excise and Custom's (CBEC) over 4,500 GST seva kendras will also help these people.

Here's how you can link your mutual funds with Aadhaar

DDA Housing Scheme 2017: Draw around the end of November