One more doctor and five other staffers of the Delhi government's Babu Jagjivan Ram Memorial Hospital in Jahangirpuri tested positive on Monday, taking the total number of COVID-19 cases at the facility to 65, officials said 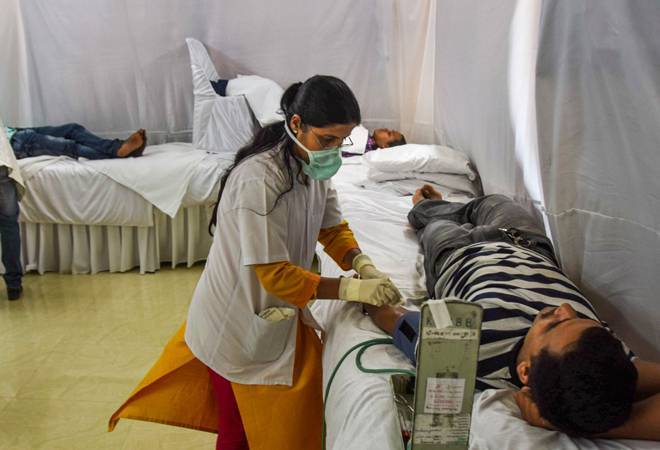 The total number of coronavirus cases in the national capital on Monday crossed the 3,000-mark, with 190 fresh cases being reported in a day, according to the Delhi government authorities. No fresh death was reported for second successive day on Monday. The total number of cases have risen to 3,108, officials said, adding that 877 patients have recovered and active cases stand at 2,177.

Of the total number of 54 fatalities reported till date, 29 of the deceased were aged 60 and above, making over 53 per cent of the total death cases, they said. Fifteen of them were aged between 50-59 and 10 were aged less than 50 years, the officials said. By Sunday night, the number of cases of the deadly virus in the city stood at 2,918, including 54 deaths.

Meanwhile, one more doctor and five other staffers of the Delhi government's Babu Jagjivan Ram Memorial Hospital in Jahangirpuri tested positive on Monday, taking the total number of COVID-19 cases at the facility to 65, the officials said. Till Sunday, the number of staffers infected with the deadly virus stood at 59.

Also, services in emergency wards, including flu clinic, and three OPDs at the civic-run Hindu Rao Hospital were resumed from Monday, days after the facility was closed down after a nurse there had tested positive for COVID-19, authorities said. The largest municipal hospital run by the North Delhi Municipal Corporation was closed down on Saturday.

According to the Delhi Health Department bulletin on Saturday, out of the total 3,108 cases recorded so far, at least 642 are admitted at various hospitals like LNJP Hospital, RML Hospital, Safdarjung Hospital and Rajiv Gandhi Super Speciality Hospital (RGSSH) and AIIMS Jhajjhar, adding 49 of them are in ICU and 11 on ventilators. The number of containment zone on Monday ruse to 98, which covers a population of over 4.28 lakh, the bulletin said.