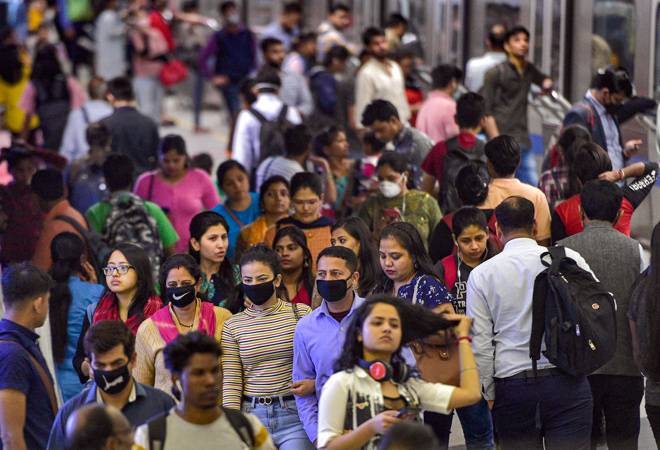 German state bank, KfW, will lend as much as 550 billion euro ($610 billion) to companies to protect workers from coronavirus impact

Coronavirus outbreak has disrupted global economy, and countries, trade blocs are taking fiscal measures to overcome the crisis. The US has released the highest financial package to deal with the economic fallout.  US alone has set aside over $1 trillion in a bid to protect the economy from COVID-19. UK, Switzerland, China, Sweden, Austria, and Japan, have also taken fiscal measures, including offering support to local businesses. India too has announced an investment under SAARC. Overall, 15 countries, have set aside $2.784 trillion cumulatively to combat the threats of coronavirus. Here's a list of countries and their spendings to fight coronavirus:

The US Federal Bank has launched a stimulus package to combat coronavirus epidemic in the country. The Fed had cut the interest rates to almost zero on Sunday. Besides,  it said that it would offer $1.5 trillion stimulus package in treasuries and mortgage-backed securities. The new fed interest rates will now be targeted at 0 per cent and 0.25 per cent down from previous target range of 1 per cent to 1.25 per cent.

The Fed has also slashed the emergency lending rate by 125 basis points to 0.25 per cent. It has extended the loan period by 90 days.

Meanwhile, the US government had signed $8.3 billion coronavirus funding bill on March 4. Out of the $8.3 billion, $ 3 billion will be used for research and development of vaccines and $800 million for treatments.

German state bank, KfW, will lend as much as 550 billion euro ($610 billion) to companies to protect workers from coronavirus impact. This government-backed-loan is one of the biggest economic aid package in the country's post-war history to help cope with the impact of coornavirus, according to France 24. Germany has reported 4,838 cases of coronavirus, with 12 deaths, till 15 March.

France will be mobilising $ 50 billion to help its companies and employees struggling with coronavirus pandemic. The France Finance Minister Bruno Le Maie said that a large part of the 45 billion euro was the deferral of all tax payments and payroll charges that companies were due to pay in March. The amount comes in addition to 300 billion  euros ($334 billion) in government loan guarantees that President Emmanuel Macron announced on March 16.

France has reported 5,423 positive cases for coronavirus. The fatal disease has killed 127 people in France, till now.

The central bank has decided to buy up to 120 billion euros ($132 billion) more in bonds this year. This comes on top of purchases worth 20 billion euros a month it is already carrying out, and will be aimed at corporate bonds.

The ECB is also providing cheap and long-term loans to banks in order to maintain liquidity.

China's central bank has released 550 billion yuan ($79 billion) to help its coronavirus-hit economy. The central bank has also encouraged country's other banks to lend more to small firms and other vulnerable sectors. It has also urged lenders to extend cheap loans and tolerate late payments from companies who have been hit by the crisis.

China has registered total 80,860 cases of coronavirus and the death toll has climbed to 3,213.

Sweden's central bank says it will lend up to 500 billion kronor ($52 billion) to companies via the banks to keep them from "being knocked out as a result of the spread of the coronavirus." Sweden has reported 924 cases of coronavirus, and two deaths so far.

Britain has unveiled $39 billion spending package to tackle the impact of  coronavirus just hours after Bank of England slashed interest rates. The UK government will give a 500 million pound hardship fund to local authorities to help people who cannot work.

The UK government is also setting up a 1.2 million pound "interruption loan" for small and medium sized businesses affected by coronavirus.

Britain has reported 1,391 coronavirus cases and 35 deaths so far.

The European Union (EU) has launched Response Investment Initiative worth $37 billion to cushion the bloc's healthcare sector, the labour market and SMEs from the impact of coronavirus.

The EU will also use 1 billion euros of EU money to guarantee up to 8 billion euros in loans to 100,000 virus-hit firms in tourism, retail, transport and other ailing sectors, Reuters reported.

Giuseppe Conte's government in Italy has planned economic support package of 25 billion euros ($27.94 billion). The package will provide extra funding for the health system. The government has also announced measures such as freezing tax and loan payments to help companies and households. Italy is one of worst affected European countries. It recorded 368 deaths on March 15 alone.

The number of coronavirus cases in Switzerland leapt by 800 on March 15 to reach 2,200.

So far, the death toll due to coronavirus has climber to 75 in South Korea and it has reported as many as 8,236 cases.

Japan has announced a second package of measures worth $4 billion to cope with the crisis. The new package is to improve medical facilities and supplies of masks.

The central bank aims to ensure that companies hit by the outbreak do not face a financial squeeze.

There has been 1,528 cases of coronavirus in Japan. A  total of 31 infected people have died.

Austria has decided to keep aside 4 billion euros ($4.4 billion) for liquidity and subsidies to support the economy against coronavirus outbreak. The initial 4 billion euro "Corona Crisis Fund" would cover items such as bridge loans and credit guarantees to shore up businesses' liquidity. Help with shortening working hours for staff and deferring taxes would also be provided, Reuters reported.

As of March 15, Austria had registered 800 coronavirus cases and two deaths.

On March 15, India also pledged $10 million (Rs 74.18 crore) towards SAARC coronavirus emergency fund. According to media reports, the fund pledged by India is an initial contribution that can be expanded going forward. India has reported 110 positive cases and two deaths till now.