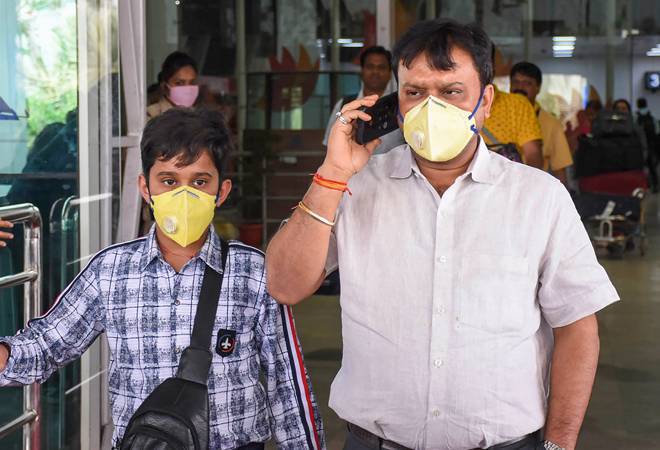 Textile Ministry, in a meeting, discussed shortage of important equipment needed to protect healthcare staff from infection while treating

coronavirus patients. The meeting was held on March 18 to discuss the availability of protective equipment for healthcare professionals.

"There is a shortage of body coveralls and N-95 masks," said the minutes of the meeting, according to The Economic Times. The minutes also said that there was a shortage of material used for making the masks and that the supply was not able to meet the demand.

According to the minutes of the meeting, a senior Textile Ministry official had suggested the supply masks and coveralls should be controlled by the Health and Family Welfare Ministry. The official said it would lead to better synchronisation between departments.

HLL Lifecare, which is the government's nodal agency for procuring Personal Protective Equipment (PPE) had floated a tender for 1.5 million N-95 masks, 1 million 3-ply masks and 725,000 body covers, according to the daily.

Rajiv Nath, the forum coordinator of the Association of Indian Medical Device Industry (Aimed), said the demand was not met since the industry was made aware of the tender after March 21.

coupled with a centralised monitoring mechanism housed within the ministry," the letter by AIDAN to the PM said.

In February, the World Health Organisation (WHO) had called on the industry and all governments across the world to increase equipment manufacturing by 40%. According to industry experts, the Indian government had failed to make any forecasts and that the resulting "last-minute rush" is not enough.

The manufacturers of personal protective equipment in India blame "unnecessary requirements" such as sending the samples of body overalls to a testing facility in Coimbatore for the shortage of PPE, the daily reported.

"While other countries took measures to not only ban the export of PPE products but also raw materials, it did not occur to India to do so till March 19. In the meantime, Indian companies continued catering to foreign governments which were stockpiling," said Sanjiiiv Relhan, Chairman, Preventive Wear Manufacturer Association of India.

Relhan also said that the industry had raised the need for creating stockpiles of PPE but it was ignored by the government. The association had reached out to the government and had requested that all anti-profiteering measures should be put in place, claimed Relhan. However, according to Relhan, the government put no such measures in place.

Relhan said that since February the prices of materials required to make 3-ply maks had gone up from Rs 250 per kg to Rs 3000 per kg and the elastics used in making the masks were not available at any price.