Coronavirus vaccine news update: India's own research institution, the Indian Council of Medical Research (ICMR) is on record for its push to cut down red tapism and accelerate the development of COVID-19 vaccines 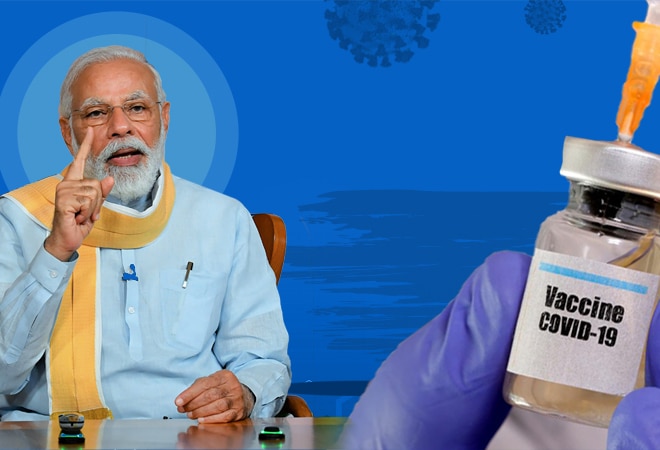 Coronavirus vaccine news: Russia is yet to begin mass vaccination

On August 11, Russian President Vladimir Putin announced the development of 'Sputnik V', a vaccine against COVID-19 pandemic. One of his daughters, among the first persons to receive a dose of this vaccine, is doing well, he said. Putin's announcement has made it politically plausible for Prime Minister Narendra Modi to make a similar announcement during his Independence Day address to the nation tomorrow.

Here is the logic.

Like Putin, Modi is also projected as a strong willed person ready to take risks, and to announce bold decisions. Like Russia, India is one of the worst COVID-19 affected countries and a positive messaging that the vaccines are here, soon to be commercially launched, can offer hope to its citizens.

The fourth reason is that like the Russian public research institute - Gamaleya Research Institute of Epidemiology and Microbiology - which spearheaded the research and development of Sputnik V, India's own research institution, the Indian Council of Medical Research (ICMR) is also on record for its 'push' to cut down red tapism and accelerate the development of at least one vaccine, Covaxin. This vaccine candidate has been developed from virus strains extracted by ICMR's National Institute of Virology, Pune, and handed over to Bharat Biotech for vaccine development. On July 2, the Director General of ICMR had written a letter to the hospitals that were chosen as clinical trial sites of Covaxin asking them to fast track all approvals related to the initiation of the clinical trial and ensure that the enrolment of human volunteers for the trial is initiated no later than July 7. The letter also set a quite ambitious target  - August 15  - to complete the trials and announce the launch of the vaccine for public health use.

To be fair to ICMR, the agency later clarified that the deadline was only meant to see that there is no delay in the clinical trial process and was not an attempt to shorten any regulatory requirement or internationally followed protocols. From a political point of view, there are good enough reasons to announce the arrival of Indian vaccines for the global pandemic.

But none of these are scientific arguments for the large scale administration of a vaccine. In fact, Russia is yet to begin mass vaccination.

World Health Organisation (WHO) which is coordinating to develop and supply COVID-19 vaccines at a global level is yet to include Russian vaccine as one of the leading candidates. Sufficient safety and efficacy data for WHO's approval of the Russian vaccine will have to be shared, scrutinised and reviewed before one can be sure about the scientific basis of Putin's announcement. Indian position will also be the same, though registration and commercial approval of an indigenously developed vaccine for use within the country is completely within the purview of the drug regulator of that country. In India's case, Drugs Controller General of India (DCGI) can take a call, just like its Russian counterpart in that country, on the scientific merit of the data submitted to the authority. The agency can even allow limited commercial use of the vaccines, before the Phase III trials are complete and the results analysed. That seems to be the case, at least in Russia.

In practice, Indian clinical trial investigators have not been able to enrol human volunteers by the deadline fixed by ICMR. However, things are moving and Covaxin and ZyCov-D are undergoing Phase II clinical trials without any safety problems seen in the earlier phase of the trial. The very fact that India has been able to progress so far within a span of six months itself is proof of the speed at which the whole process has been undertaken. In a couple of weeks from now, Phase II trial results should be ready, and DCGI will have to suggest the next step. Faced with the unprecedented spread of the pandemic - India is set to cross 25 lakh COVID infection mark and is only behind Brazil and United States (and just above Russia) in the number of total COVID positive cases - one should not be surprised if politics trumps science in making an advance announcement.

If Putin hadn't done it four days ago, India could have become the 'first' country in the world to announce the development of a COVID vaccine. If Modi does it on August 15, India will be the 'second', with no changes on the ground as far as efforts for the successful development and a commercial launch of the vaccines are concerned.