The report proposes to "declare the act of giving a bribe as legitimate activity", implying that "the giver of a harassment bribe should have full immunity from any punitive action by the state" 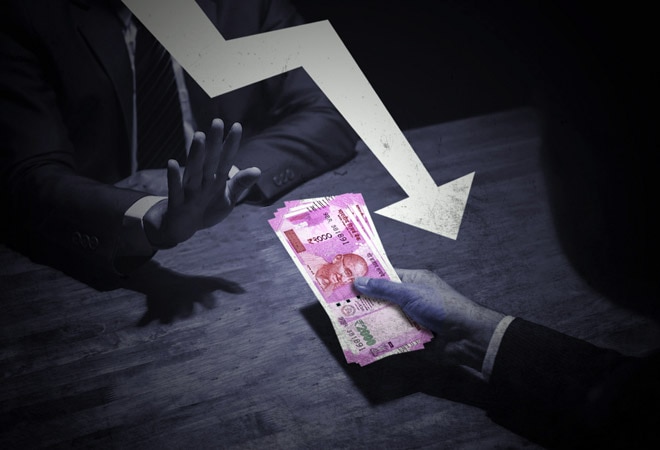 A recent Ecowrap report by State Bank of India (SBI) economists correlates decline in corruption levels to economic growth. The report established that the nation was ranked 77th on the TRACE Bribery Risk Matrix in November 2020, improving from 185th in 2014. TRACE is an anti-bribery standard setting organisation that measures business bribery risk in 194 countries, territories, and autonomous and semi-autonomous regions.

Claiming that corruption levels have fallen since 2014 "solely due to government has mandated to remove corruption and bribery from all sections of society", the report presents a cross-country analysis of change in corruption levels and economic growth to establish a link between the two.

The SBI Ecowrap report states that India saw a 16-rank improvement in corruption perception index by Transparency International, from 94 in 2012 (FY13) to 78 in 2018 (FY19). During the same period, the nation recorded rise of 100 bps in economic growth, with GDP growth in FY19 pegged at 6.5 per cent.

"Apparently, the improvement in corruption level in India has translated into FDI inflows. Data shows there has been a significant improvement in foreign investor confidence towards India. Net FDI inflows to India have increased by 263 per cent in the last decade ($11.8 billion in FY11 to $43.0 billion in FY20). During FY12 to FY18, net FDI has increased by 37 per cent. In the current year so far (April-November, FY21), net FDI has grew by 27.5 per cent to $34 billion compared to last year," the report states.

Suggesting further amendment to Prevention of Corruption Act, the report proposes to "declare the act of giving a bribe as legitimate activity", implying that "the giver of a harassment bribe should have full immunity from any punitive action by the state. But the person, taking the bribe should be punished." Presently, the Act criminalises both giving and taking bribes.

"Under our proposed law, when a person gives a bribe, he will try to keep evidence of the act of bribery so that immediately after the bribery she can turn informer and get the bribe taker caught. The upshot of this is that the bribe taker will never take the bribe in the first place. In this way, we can actually achieve a Nash Equilibrium with an optimal payoff for the society," SBI economists said.

Bullet train project: Only 5% Gujarat land yet to be acquired for Mumbai-Ahmedabad HSR corridor