Delhi Election Result 2020: Counting time; how to check; when will trends start coming in?

Delhi Election Result Time: Counting of votes will start around 8 am on Tuesday. Here's how to check election results online, live stream the Delhi election result coverage, and more 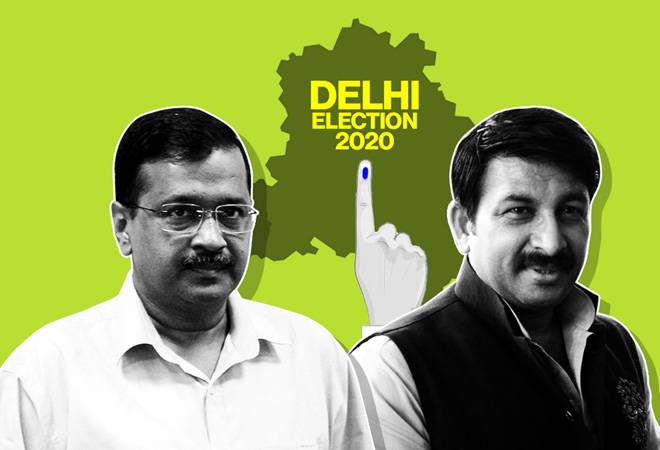 Delhi Election Result 2020: Counting of votes will start around 8 am on Tuesday

Delhi Assembly Election Results 2020: After voting for Delhi Assembly Elections ended on February 8, counting of votes will be held on February 11 (Tuesday). Overall, Delhi polls witnessed 62.59 per cent voting, around 5 per cent less than the 2015 Assembly polls. The highest voting of 71.6 per cent was reported from the Ballimaran Assembly constituency, while the lowest turnout was in Delhi cantonment, which reported 45.4 per cent voting. The ruling AAP has sought to retain power on development agenda, while the main opposition BJP ran an aggressive campaign centred around issues of anti-CAA protests and nationalism.

According to India Today-Axis My India survey, the Arvind Kejriwal-led party is expected to win 59-68 seats in the Delhi Assembly elections 2020. The BJP will once again remain a distant second with only 2-11 seats. The exit poll predicted that about 48 per cent voters shifted from the BJP to AAP since General Election 2019. The 48 per cent voters comprise a large chunk of the lower and lower-middle-class, segment, the survey said.

Other exit polls, conducted by Times Now-IPSOS, Republic-Jan Ki Baat, ABP News, NEWSx and TV9 Bharatvarsh, also predicted that AAP is likely to secure over two-thirds majority in Delhi Assembly Elections 2020. Almost, every exit poll signalled that Kejriwal remained the most preferred choice as the Chief Minister of Delhi.

Where to see Live Election Results of Delhi Polls

Voters can check how the vote counting for their constituency is going, or even how the candidates are faring at a certain point of time. They can even check party-wise seat tally, vote share and more via the Election Commission web portals mentioned above.

You can also follow BusinessToday.In for latest updates from Delhi election vote counting.

Delhi Election Results: When will trends start coming in?

Trends on the Delhi Assembly elections will start coming in soon after the counting starts around 8 am. Readers can log on to BusinessToday.In to catch all the latest updates on the Delhi Election results. You can also go to IndiaToday.In or Aaj Tak for early trends on the polls.

Delhi is the fourth state to go to polls after the 2019 Lok Sabha election. Maharashtra, Haryana and Jharkhand were the other three states, where Vidhan Sabha elections took place post-2019 general election. All of them were previously ruled by the BJP, but the BJP is presently in power only in Haryana, that too with the help of the Jannayak Janata Party.