The Prime Minister in his address today said that the total cost of the PM Garib Kalyan Anna Yojna could be around Rs 1.5 lakh crore 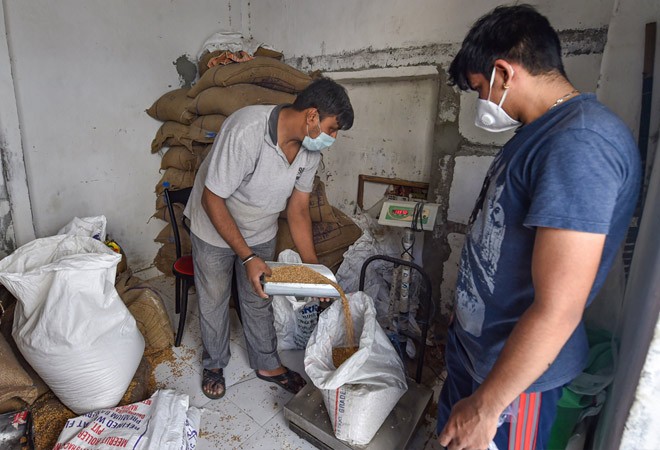 Prime Minister Narendra Modi announced extension of the PM Garib Kalyan Anna Yojna till November-end. This will incur an additional Rs 90,000 crore for providing free ration to more than 80 crore people. However, the government expenditure on food subsidy between April and May 2020 was half of what it spent during the same period in previous fiscal.

According to the data released by the Comptroller General of Accounts (CGA), the government's total food subsidy bill for April and May 2020 stood at Rs 35,951 crore compared to Rs 77,338 crore in the first two months of the previous financial year (2018-19). This is just 31 per cent of the total budgeted food subsidy bill of Rs 1.16 lakh crore in 2020-21.

ALSO READ: How will 'One Nation, One Ration Card' scheme work?

The Prime Minister in his address today said that the total cost of the PM Garib Kalyan Anna Yojna could be around Rs 1.5 lakh crore. This is over and above the budgeted food bill for 2020-21. However, the impact of additional food subsidy bill is yet to be seen in the government's books of account.

The government first announced the PM Garib Kalyan Anna Yojna on March 26, 2020 for the first three months of the current financial year. It has now been extended till November. Under the scheme, 5 kg free rice/wheat to each member of the family, along with 1 kg pulses to each family, per month are provided without any cost.

The PM Garib Kalyan Anna Yojna in the first three months was supposed to cost anywhere between Rs 45,000 crore and Rs 50,000 crore. Besides, the government has also announced providing free food grain supply to stranded migrant workers for two months which as per its estimates would cost around Rs 3,500 crore.

Of Rs 5.12 lakh crore expenditure incurred in the first two months of the financial year, Rs 67,469 crore was on account of major subsidies compared to over Rs 1.15 lakh crore in the previous financial year.