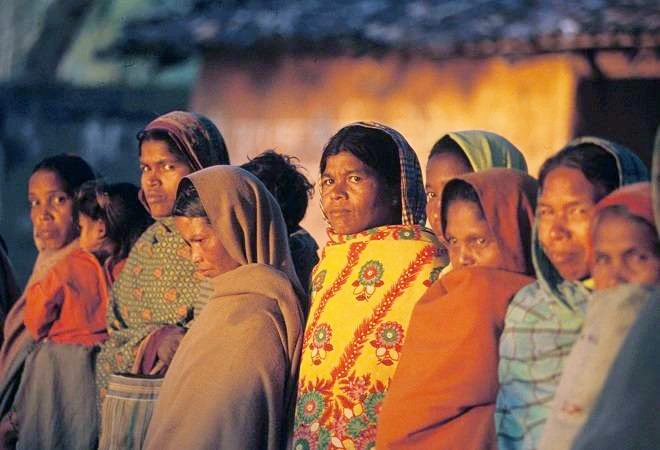 Indian women work a lot, but their work is predominantly at home in service of other members of their household.

Despite superior education than men, participation of women in India's labour market, especially in urban areas, remains low, as per the Centre for Monitoring Indian Economy (CMIE).

Education levels of women have been on the rise in India, and though the proportion of women is less than half in the population, more than half of fresh graduates are women, CMIE Managing Director Mahesh Vyas wrote in an article.

However, women participation in workforce remains low and unemployment levels remain high as compared to men.

Saying that the true test for women working outside their homes lies in urban region, Vyas said that according to the official Periodic Labour Force Survey (PLFS) in 2018-19, 73.7 per cent of urban men participated in the labour markets, but only 20.4 per cent of urban women did so. In spite of this very low participation, women faced a higher unemployment rate of 9.8 per cent in urban India, compared to the 7 per cent unemployment rate faced by men.

Also read: Why are there fewer women workers in India?

"Indian women work a lot. But, their work is predominantly at home in service of other members of their household. Their participation in the labour markets outside their houses, in urban India is very low in spite of their superior education," it said.

"The second and third cases reflect bias in society and possibly, they cause the first case. Indian women have education, inspiration and perspiration but, not enough employment."

However, all is not lost as the number of women has seen an increase in some of the areas.

"But, it is not just legislation. An estimated 1.7 per cent of CEOs of companies in India are women. These numbers are small but they are important," it said.

Besides, women political leaders like Indira Gandhi, Sonia Gandhi, Mamata Banerjee and Jayalalitha have been, or continue to be big mass influencers, Vyas said.

"It is fair to assume that women in India will continue to assume greater positions of power and influence in the coming years. Rising education and inspiration from torch bearers will increase the number and proportion of women CEOs, judges, administrators and political and thought leaders," he added.