Why are there fewer women workers in India?

The Data from 2011-12 showed that less than one per cent of men in both urban and rural areas were involved in household activities in their usual principal status, but for women, the proportion was in excess of 60 per cent 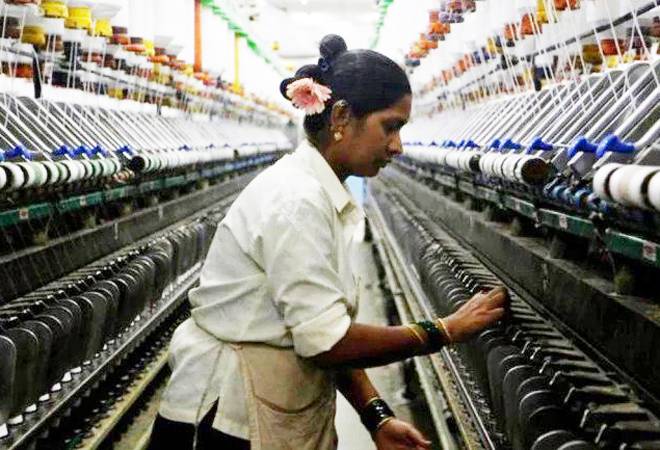 Declining women's workforce participation in India since 2004-05 is a major policy concern. One of the explanations given for the low work participation rates (WPR) of women is the challenge of measurement which is to do with both how work is measured by enumerators, as well as with how work is defined.

In 2013, the 19th International Conference of Labour Statisticians (ICLS) adopted a resolution to expand the definition of 'work' to include "any activity performed by persons of any sex and age to produce goods or to provide services for use by others or for own use."

The vital difference was the inclusion of the last phrase i.e. "for use by others or for own use". This marked a welcome departure from the previous concept of 'work' as it now incorporated own use production work, volunteering activities, unpaid trainee work and other forms of work performed in producing goods and services at home. The resolution was ratified by the  International Labour Organisation (ILO) in 2014.

This expanded definition becomes significant for women as it provides long overdue recognition to unpaid work performed by them within their households, communities and the economy.

The updated definition of 'work' includes 'all work' except those that do not involve any form of production of goods or services (e.g. begging and stealing), self-care (e.g. personal grooming and hygiene) and activities that cannot be performed by another person on one's own behalf (e.g.  sleeping, learning and activities for own recreation).

In this expanded definition, 'employment' becomes a subset of 'work'. The ILO provides a detailed framework of 'forms of work' based on the above and adoption and implementation of this framework is expected to have important implications for the production of labour force statistics, especially in countries where a large section of the population is still engaged in agriculture and allied activities.

Interestingly, while the ILO came up with these recommendations only recently, the National Sample Survey Organisation (NSSO) under the aegis of the Ministry of Statistics and Programme Implementation (MoSPI), already had quite a rational system of including two broad, albeit 'non-worker' categories within the usual status activities, that systematically captured the activities related to domestic duties and free collection of goods  (vegetables,  roots,  firewood,  cattle  feed,  etc.), and sewing,  tailoring,  weaving, etc. for household use.

These activities captured household work, though not so much care work. This practice was followed by the employment-unemployment surveys from the 1990s till 2011-12 and provided a large amount of information on activities performed by women categorised as 'non-workers'.

For instance, the data from 2011-12 showed that less than one per cent of men in both urban and rural areas were involved in such activities in their usual principal status, but for women, the proportion was in excess of 60 per cent.

The same data also showed that about 58 per cent rural women were engaged in activities to obtain fuel and fodder, 45 per cent were engaged in obtaining food for the household, including maintenance of kitchen gardens for own consumption, household animal resources and collecting free food, and almost 31 per cent had to fetch water from outside their premises.

For urban women, the most important economic activities were related to making/mending clothes for the household, followed by preparing food and tutoring children.

The Periodic Labour Force Survey (PLFS) released by MoSPI in 2017-18 also reveals similar trends. The female workforce participation rates show differences of approximately 60 percentage points for women when domestic work is included as compared to almost no difference in the values of male WPRs.

Unfortunately, the PLFS does not provide detailed information on the nature of domestic work undertaken. This leads to missing information on 'women's work' and reflects a huge step backwards for Indian Labour Force Statistics (LFS) in terms of recognising women's contributions and reducing their 'invisibilisation' in the workforce. The global discourse on reducing the invisibilisation of women's unpaid contribution has moved forward to include an enlarged concept of work.

At this juncture, and in light of the debate on low workforce participation rates for women in India, dropping related questions from the official LFS may be damaging for future policies focussed on improving labour market outcomes for women.

It is imperative that the design of the future PLFS revisit such eliminations to adopt the expanded definition of work. This would not only improve the quality of LFS but also throw light on women's 'invisible' contribution to the Indian economy.

(The author is Principal Economist at Initiative for What Works to Advance Women and Girls in the Economy (IWWAGE), which is an initiative of LEAD at Krea University.)

Coronavirus outbreak: What should equity investors do in current volatile market scenario