Not withstanding the criticism against the government for joblessness, MoS for Labour Santosh Gangwar asked reporters to visit his constituency to see the kind of employment the Modi government has generated. 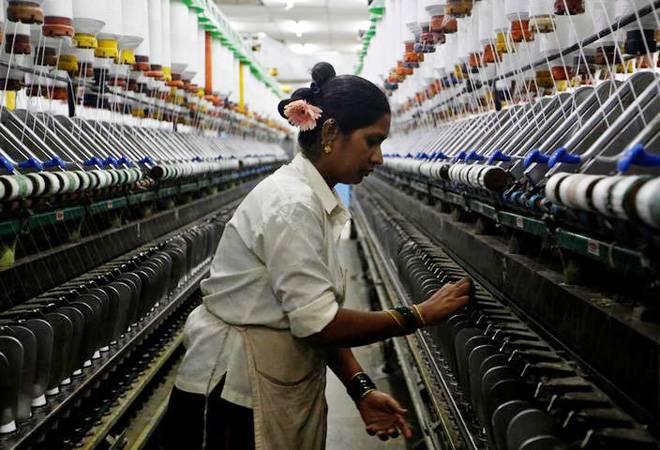 CMIE recently reported that unemployment rate has reached its worst level in 28 months.

The criticism against Modi government has been strengthened in recent days after several surveys claimed that the unemployment rate in India has been reaching worrying levels. But the government seems adamant on its stance that there are sufficient jobs in the economy. Labour Minister Santosh Gangwar has stated that there the findings of the latest employment surveys do not matter, and employment has gone up.

But not withstanding the criticism against the government for joblessness, Minister of State for Labour and Employment Santosh Gangwar asked reporters to visit his constituency to see the kind of employment the Modi government has generated. The Minister of State was reacting to the recent findings by Centre for Monitoring Indian Economy (CMIE). The Mumbai-based think tank reported that people are not getting job according to their qualification, forcing low labour participation. The money offered in lieu of the job is so low that people do not want those jobs, CMIE further said.

"Anyone can say anything it doesn't mean anything. In this country, unemployment is going down and people are getting jobs. Self employment is also increasing." On being asked about where these jobs were, Gangwar said, "Come with me to my constituency. I will show you where people are employed," said Santosh Gangwar, Minister of state for Labour and Employment in Mumbai on Friday. However Gangwar kept avoiding question on official data with respect to employment generation in the country.

ALSO READ:EPFO shrinks job creation numbers that Centre swears by from 79 lakh in 14 months to just 72.32 lakh in 16 months

The government's denial over the worsening job scenario is not helping, though. This was revealed in the recent Axis-My-India survey for India Today's Political Stock Exchange (PSE) programme. The survey found that 36 per cent of those sample regard joblessness as the paramount electoral issue, followed by terrorism at 23 per cent and farm distress at 22 per cent.

Just few days back CMIE reported that unemployment rate rose to 7.2 per cent in February 2019, the worst in 28 months. Meanwhile, the labour force is down 25.7 million since September 2016 and the number of employed persons has declined by 18.3 million in the same period. CMIE managing director (MD) Mahesh Vyas said, "The economy is showing a jobless growth. The right kind of jobs is not available so people who are seeking employment are not eager to take up jobs."

Last month, the Centre even stopped a National Sample Survey Office (NSSO) report from being published which stated that unemployment in India reached 45-year-old in 2017-18. The report was later leaked in the media. A controversy around the NSSO survey increased further after two members of the NSC -- PC Mohanan and JV Meenakshi -- resigned amid the government holding back release of its unemployment survey.

On the other hand, PM Narendra Modi while speaking in the Parliament had brushed aside the findings of various reports saying that these reports only concentrated on the organised sector where as the government schemes have given a boost to self employment. Modi had also pointed out the increase in EPFO numbers to back his claim. But people like CMIE chief Vyas says, "This is a very unscientific way of measuring employment. Because it is not necessary that all those who have enrolled in EPFO are new job takers only. It could be old ones too. Whereas our and NSSO surveys take into account organised as well as unorganised sector because we survey households."

No GST on TCS levied on goods, clarifies tax authority