When opposition members shouted slogans and came near the well, Speaker Om Birla adjourned the house for an hour, after about 15 minutes of business 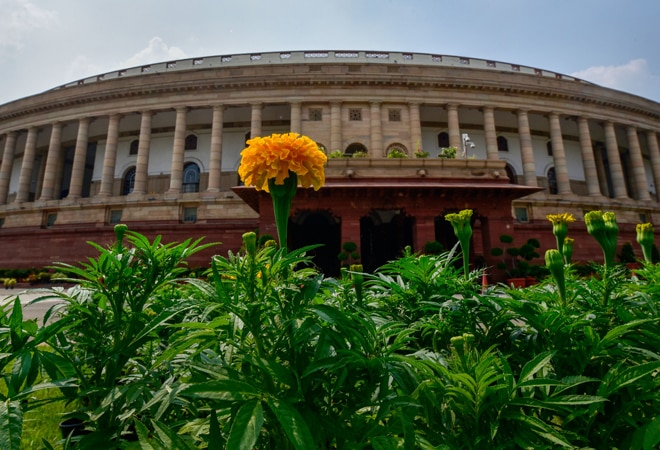 Lok Sabha had to be adjourned for an hour on Tuesday after a protest by opposition members who claimed that the government has done "too little" for the welfare of farmers.

When opposition members shouted slogans and came near the well, Speaker Om Birla adjourned the house for an hour, after about 15 minutes of business.

Farmer groups in Punjab, Haryana and some other states are protesting against The Farmers' Produce Trade and Commerce (Promotion and Facilitation) Bill, 2020, and The Farmers (Empowerment and Protection) Agreement of Price Assurance and Farm Services Bill, 2020.

Earlier, as soon as the house assembled, DMK member D M Kathir Anand alleged that two persons, who claimed to be from the IB, barged into his room at Old Tamil Nadu House here and sought to know from him about issues to be raised by the party in Parliament.

Anand claimed that the two persons also wanted to know what would be the party's strategy and about some local issues of Tamil Nadu.

"They tried to interrogate me," he claimed, amidst protests by DMK leader Baalu and others.

At this, the Lok Sabha speaker said the two persons could be frauds.

"Please don't level unsubstantiate allegations. Unless you have any proof, this is not correct. If you give me in writing, I will examine it and if necessary will order an inquiry," Birla said.

The speaker told Baalu and Anand that safety and security of every member is his responsibility. "You give me in writing, I will examine," he said.

Congress member Ravneet Singh Bittu claimed in the house that he and three other MPs from Punjab were "brutally assaulted" by Delhi police personnel outside Parliament on Monday evening when they were trying to take out a candle light march to Rashtrapati Bhavan against the two farm bills.

"If the MPs can face such brutality of the police, you can well imagine what can be the fate of the agitating farmers," he said.

"We urge you to do the needful and ensure that such an incident does not occur again," he said.

The Speaker told Bittu he has received a letter about the incident and sought a report. "I assure you that security of every member is my responsibility, be it inside or outside Parliament. I have sought a report on the incident. Once it comes, I will examine and do the needful," Birla said.