Farmers' protests: Centre calls next round of talks on Dec 30 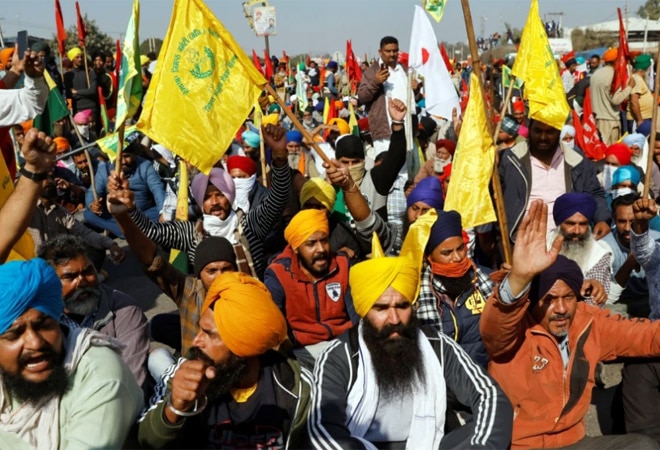 Another meeting attempted at resolving the impasse between the protesting farmers and the Indian government was announced by the latter on Monday.

As reported by ANI, the next round of deliberations between the two parties is to be held on December 30 at Vigyan Bhawan in Delhi starting 2 PM.

Previously, a body of about 40 farmers' unions, after a meeting at the Singhu border, had announced their preferred date for resuming dialogues with the Centre to be December 29. Singhu border has emerged as the epicentre of the farmers' protests, with other borders of the national capital also witnessing agitations against the anti-farm laws introduced by the government in September.

In the press conference on Saturday, December 26, the farmers had reiterated that their primary agenda for the next round of meeting will remain repeal of the new farm laws, as well as the assurance of the minimum support price (MSP).

Farmer leader Darshan Pal also informed about the decision to conduct a tractor march on the Kundli-Manesar-Palwal (KMP) highway on December 30, urging Delhiites and Indians alike "to come and celebrate New Year with protesting farmers."

"We will march from Singhu to Tikri to KMP. We ask farmers from surrounding states to come in huge numbers in their trolleys and tractors. If the government doesn't want us to block the KMP highway, then they better announce the repeal of the three farm laws," said Rajinder Singh, another farmer leader.

The farmers had also written a letter to the Centre on Saturday indicating their preference for the next meeting.

"You, in your letter, say the government wants to listen to farmers respectfully. If you really want that then stop making misleading remarks regarding our demands and stop using the entire government system to spread negative publicity against the protesting farmers," read an excerpt from the letter.

Prime Minister Narendra Modi has negated the genuinity of the protests, reiterating multiple times that it is conducted and fuelled by those with a political agenda, while also asserting that his government was willing to hold dialogues with everyone opposing the laws.