Farmers' protest: The agitating farmers have said they'll stick to their position that discussion will take place only on the modalities of repealing the Agri laws and giving a legal guarantee on MSP, among other issues 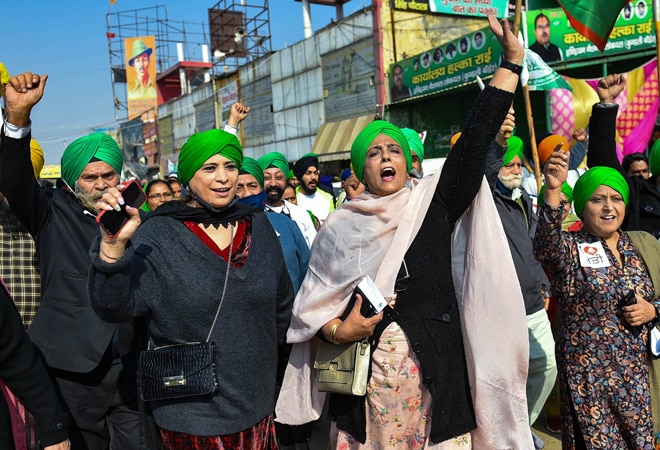 Thousands of farmers, protesting for more than a month in Delhi's borders against the three farm laws, will meet government leaders and officials to resume the stalled talks today.

The agitating farmers have said they'll stick to their position that discussion will take place only on the modalities of repealing the Agri laws and giving a legal guarantee on MSP, among other issues.

This will be the sixth round of talks between the Centre and farmers after the December 5 talk, which was held with Union Agricultural Minister Narendra Singh Tomar.

Tomar, Piyush Goyal, the Minister for Food and Consumer Affairs, and MoS Commerce and Industry Som Parkash have represented the Centre at the talks with the farmers.

This week, the Centre invited 40 farm unions for the next round of talks on December 30. Agriculture Secretary Sanjay Aggarwal invited farmers' unions for the talks at Vigyan Bhavan, Delhi, at 2 pm today. Tomar said on Monday that he's hopeful of an early solution to the impasse.

The government told the farmers' unions that it was ready to discuss all the relevant issues to find a "logical solution" with an "open mind" to the prolonged impasse over the three new farm laws.

The Samyukt Kisan Morcha, the umbrella organisation which represents the farmer unions accepted the invitation. However, the union said the modalities for repealing the three contentious laws and a legal guarantee on minimum support price (MSP) must be a part of the agenda.

It also urged the agenda should also include amendments to be made and notified in the Commission for the Air Quality Management in National Capital Region and Adjoining Areas Ordinance, 2020, to exclude farmers from its penal provisions.

The letter said withdrawal of the Electricity Amendment Bill, 2020, to protect the interests of farmers should also be part of the agenda. Earlier, the sixth round of talks was supposed to happen on December 9 but it was called off after an informal meeting of Home Minister Amit Shah with some union leaders failed to reach any breakthrough.