Gehlot says the pension for soldiers and war widows of World War II would be more than doubled, from Rs 4,000 per month to Rs 10,000. 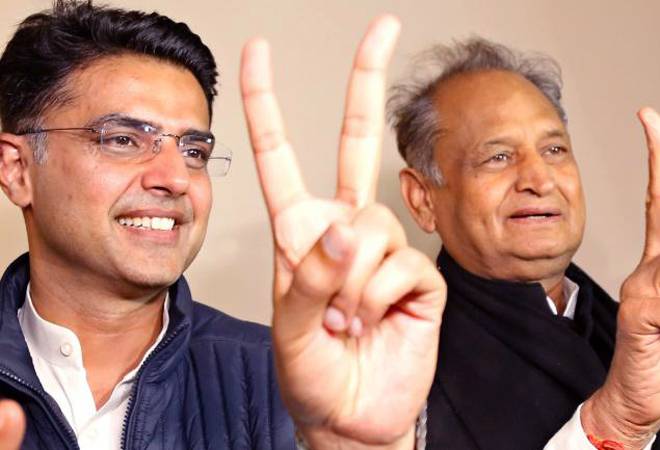 Rajasthan Chief Minister Ashok Gehlot announced on Thursday that the monthly pension for freedom fighters would be increased to Rs 25,000 and the medical allowance to Rs 5,000 per month. Gehlot said the pension for soldiers and war widows of World War II would be more than doubled, from Rs 4,000 per month to Rs 10,000. The chief minister made the announcement at a function here to mark the birth anniversary of social worker and Gandhian thinker S N Subba Rao. Gehlot said freedom fighters would get a pension of Rs 25,000 per month instead of Rs 20,000 earlier. The medical allowance would be increased by Rs 1,000 per month to Rs 5,000. The Congress leader ruled out the possibility of a complete ban on liquor in the state, saying it was not practical.

Citing the example of Gujarat where liquor is banned, Gehlot said alcohol was being smuggled and consumed in that state. He was reacting to some suggestions at the event for a ban on liquor. The chief minister said a museum on Mahatma Gandhi would be set up to promote the principals and teachings of the Father of the Nation, conducting research on him and for other similar activities.

Speaking on the present situation in the country, Gehlot alleged that the Constitution and democracy was in danger. "Some people use the name of Mahatma Gandhi to come to power, but they are not ready to follow his ideology." Gehlot also pointed out to the state government's decision to give wheat to 1.74-crore families, who are below the poverty line, at Re 1 per kg. Social activist Medha Patkar and others also attended the programme.