The Chinese embassy in Kazakhstan has issued a warning about an unknown pneumonia that is sweeping through the country. More than 600 people have died of the disease in June 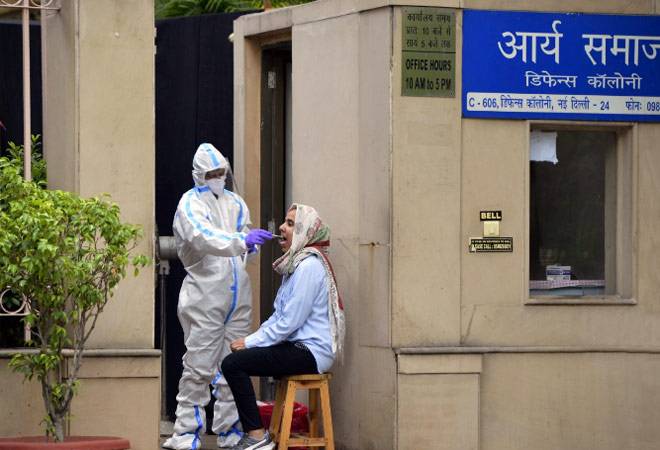 Coronavirus not the only outbreak in 2020

Even as the world is reeling under the effects of the coronavirus pandemic, new outbreaks -- some of which were seen centuries ago -- continue to emerge. Coronavirus is not even near its end and scientists are already concerned about new epidemics. To put it in short, 2020 just can't seem to catch a break. Coronavirus that broke out in the end of 2019, continues to wreak havoc in many countries. In fact, as per the latest developments, according to scientists, coronavirus could be airborne as well. In an open letter to the WHO, 200 scientists outlined evidence that they say shows floating virus particles can infect people who breathe it.

However, WHO Chief Scientist Dr Soumya Swaminathan said, "We don't say it doesn't happen. But it does not mean that since COVID-19 is airborne, it means it is everywhere and nothing can be done. If it was truly airborne like measles, in the sense that it was everywhere, all of us would have been infected by now."

Not only coronavirus, 2020 has seen the emergence and re-emergence of other epidemics. Here's what scientists fear after COVID-19:

Unknown pneumonia: The Chinese embassy in Kazakhstan has issued a warning about an unknown pneumonia that is sweeping through the country. More than 600 people have died of the disease in June. The Chinese embassy issued a warning for its citizens in the country and stated that the unidentified pneumonia has a fatality rate that is much higher than COVID-19. The unknown pneumonia in Kazakhstan has caused 1,772 deaths in the first six months, including 628 deaths in June alone. However, Kazakh media have called it pneumonia and not 'unknown'.

Bubonic plague: A city in Northern China, Bayannur, was put on high alert after a suspected outbreak of Bubonic plague was reported. Authorities in the Inner Mongolia Autonomous Region announced a Level III warning of plague prevention and control. Local authorities said that the warning period will continue until the end of 2020. "At present, there is a risk of a human plague epidemic spreading in this city. The public should improve its self-protection awareness and ability, and report abnormal health conditions promptly," authorities announced. The Bubonic plague is a bacterial infection that spreads from fleas and rodents. It is a zoonotic plague which means the infection can spread from animals to humans. It has a reproduction rate or RO between 5 and 7.

New swine flu strain: A new strain of H1N1 flu has been detected in China's pig farms, which must be "urgently" contained to prevent another pandemic, warn scientists. Called G4 EA H1N1, the new strain has been common since 2016. According to a study published by National Academy of Sciences, the strain effectively replicates in human airway. While it has only infected some people without causing any disease, there is a possibility of that scenario changing for the worse. The study said that the G4 EA H1N1 has all the makings of a candidate pandemic virus.