GST Council meet: No fee for late filing of GST returns for firms with zero liability

In its 40th meeting via video-conferencing, the Council decided that maximum late fee for entities was capped at Rs 500 per return if there is any tax liability 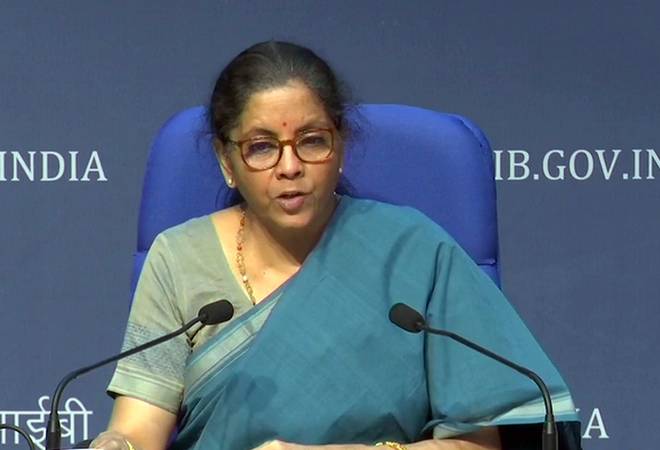 Finance Minister Nirmala Sitharaman-led Goods and Service Tax (GST) Council on Friday decided that no late fee would be levied for delayed filing of GST returns by registered entities with no liability between July 2017 to January 2020. In its 40th meeting, the Council also decided that maximum late fee was capped at Rs 500 per return if there is any tax liability.

The 40th meeting of @GST_Council is about to get over soon

Stand by for updates in English and Marathi pic.twitter.com/7q5gYAWhxZ

GST Council members discussed several issues via the over one-hour video conferencing meeting for the first time post the COVID-19 lockdown. "The reduced rate of the late fee would apply for all the GSTR-3B returns furnished between 01.07.2020 to 30.09.2020," a government statement said.

For small taxpayers with aggregate turnover up to Rs 5 crore for February, March and April, the rate of interest for late furnishing of return for the said months beyond specified dates (staggered up to July 6) has also been reduced from 18 per cent per annum to 9 per cent per annum till September 30, the council said.

Small taxpayers will not be charged any interest till July 6, and 9 per cent till September 30 thereafter, the council said.

In wake of COVID-19 pandemic, for taxpayers having aggregate turnover up to Rs 5 crore, the council decided to waive off late fees and interest if the returns in FORM GSTR-3B for the supplies effected in May, June and July are furnished by September. To facilitate taxpayers, who could not get their cancelled GST registrations restored in time, the Council said they could apply for revocation up to September 30 if registrations have been cancelled till June 12.

After the meeting, the FM said before the introduction of formula-based sharing of IGST between centre and states, there was a huge accumulation of IGST from 2017-'18, which led to an ad hoc decision of sharing accumulated IGST in two halves. "This anomaly had to be corrected," she said.

The FM said understanding the need for states to have money in their hands, the Council corrected one end of the anomaly, wherein Centre could release money and give to states without states having to do any adjustment. This has enabled us to clear the GST compensation bills of December, January and February, which have been lying pending. "States have appreciated the decision to sort this matter out," the Finance Minister said.