Patel's announcement came as a big surprise as names like former CEA Arvind Subramanian was doing the rounds. 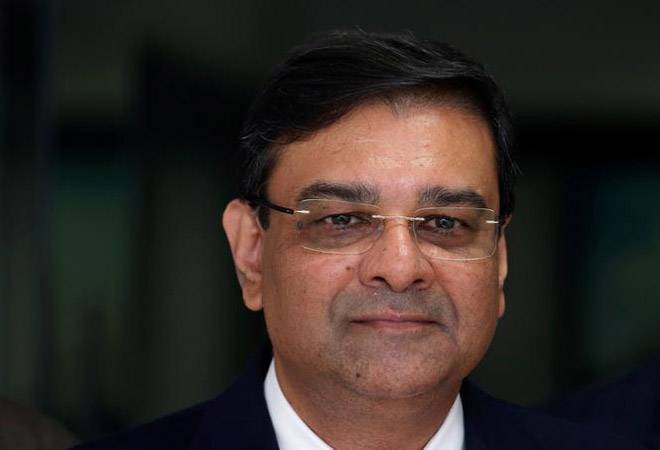 The twenty-fourth RBI Governor Urjit Patel was branded as a BJP man when his name was announced as the Central Bank Governor two years ago. Not many Deputy Governors were considered for the top job in the past. It was always a bureaucrat from the government who was parachuted to the Mint Road.

Patel's announcement came as a big surprise as names like former CEA Arvind Subramanian was doing the rounds. As  Patel, who was heading the monetary policy as Deputy Governor, got down to work, his moves were closely watched by the market. The first test came when the government suddenly decided to demonetise the high value notes of Rs 500 and Rs 1000, which constituted almost 90 per cent of the total currency in circulation.

Patel failed the first test as he agreed without putting up a dissent.  He was blamed subsequently for hundreds of circulars that the RBI issued, the ATMs running dry , not enough currency coming out from printing press etc.  Patel and his colleagues didn't even hold a single press conference to clear the doubts. Patel was missing in action, while then SBI Chairman Arundhati Bhattacharya was seen in various TV studios defending the government decision.

In the months that followed demonetisation, Patel was seen making rounds of parliamentary committee to explain various decisions that the RBI took. Some, however, praised Patel as they say there was little choice for him as the demonetisation was decided by the PM. The objectives were noble, and there was a possibility that the government had done its homework. But that was not to be.

The next big test came when the Nirav Modi-PNB fraud hit the headlines. The RBI was again blamed for laxity. The finance ministry officials blamed the RBI.  The finance minister Arun Jaitley said in an interview that 'Unfortunately, in the Indian system, we politicians are accountable, but regulators are not."

The Finance Ministry  was referring to the RBI , which has the responsibility of regulating banks. By this time, Patel got wiser. In the next opportunity,  Patel struck back by saying that the RBI needs more power to oversee PSBs. "The weak legal framework deter the RBI from exercising better control over PSBs," said Patel in a speech exactly two weeks after FM's remark. Things between the government and the RBI started deteriorating after that.

The next issue was of relaxing the RBI circular of February 14 where the RBI had asked banks to prepare for bankruptcy proceeding against defaulting corporate after a single day default. The government asked for some relaxation for power companies as they were national assets. The lack of  PPAs and coal linkages has been forcing many power companies to bankruptcy and eventual liquidation. The RBI shot back by saying that there is no room for sectoral exemptions as other  sectors , too, will start asking for such a relief.

In next few days, the government swung into action by creating a committee under the chairmanship of PNB Chairman Sunil Mehta to work out a plan to deal with stressed assets. In matter of days, this committee without any RBI nominees came out with a plan called 'Project Sashakt'. The committee decided  to create a  AMC -AIF structure to deal with stressed loans for all sectors. While RBI had  discontinued all restructuring scheme, the government came out with this new plan without the blessing of RBI. This committee's proposals are still work in progress. This also caused a rift between RBI and the government.

The stress in the system was slowly becoming apparent as large corporate were not borrowing whereas the MSMEs were facing stress issues because of lack of  demand post the GST and demonetisation. The PSBs were not able to lend because of the PCA framework where close to a dozen banks were facing restrictive lending. That was when the government became aggressive in demanding RBI to listen and create an environment for banks to lend. The RBI was unmoved. There was no scope for creating a restructuring scheme for MSMEs or allow banks to fund infrastructure projects especially roads as banks were facing asset quality issues.

The rising oil prices internationally and the forced excise cuts on petroleum raised the big  government finances as GST's monthly  collection of Rs 1 lakh crore were also missing the target. There was a view that the govt could demand surplus capital from RBI to help the government finances. Later, the IL&FS crises  also  punctured the NBFC story. NBFC sector was the only sector that was helping in consumption. When  the charter of demands of government started rising months after month, it was difficult for RBI to manage. The RBI was under tremendous pressure  from the government over the last six months. These issues range from relaxation in prompt corrective action, transfer of surplus capital, restructuring scheme for MSMEs, lower capital adequacy ratio for banks, liquidity support to NBFCs and making RBI board more operational and participative in making decisions. It was not easy for Patel to cede the RBI turf as everyone from market participants to foreign investors were watching his every move. Patel seems to have taken the brave decision to resign than give in.