Level of operations could vary from industry to industry, ranging from as low as 10 per cent to as high as 70 per cent; unless demands pick up in the external market, it is unlikely that these industries would be back to their pre-COVID levels in 4-6 weeks 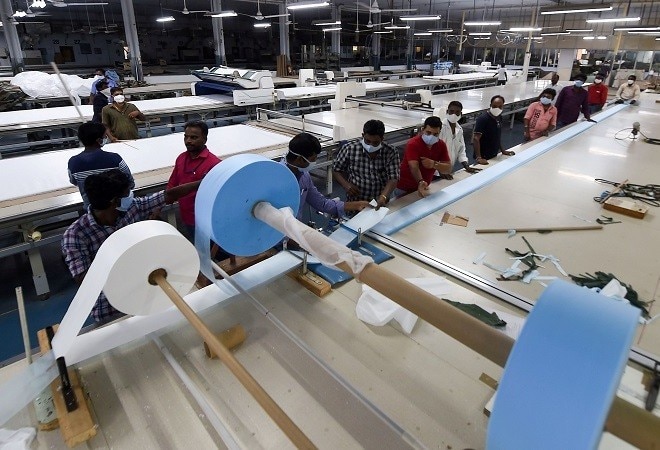 Odisha government estimates a revenue loss of Rs 10,000 -15,000 crore in the current financial year as the state faces a severe disruption in industrial activities due to coronavirus lockdown and a cyclone that hit its shores recently.

However, Hemant Sharma, Principal Secretary, Industry, says that the state government has been very proactive in dealing with the situation and those efforts have ensured that many large, medium and small industries in the state are operational now, even if at a fraction of the pre-COVID levels.

Talking to Business Today recently, Sharma said: "And as we speak today, barring the liquor bottling plants, most of our industries are operational now. Of course, their operations are not at the pre-COVID levels, but we have ensured that all issues related to labour, raw material and product movement are dealt with on a priority basis."

He says that the level of operations could vary from industry to industry, ranging from as low as 10 per cent (stainless steel) to as high as 70 per cent (cement plants). He says unless demands pick up in the external market, it is unlikely that these industries would be back to their pre-COVID levels in 4-6 weeks.

According to him, 40 per cent of MSMEs have also started operations in the state. "There also the level of production is not pre-COVID yet. The operation levels are very low and we are helping them avail the benefits announced by the central government recently by encouraging them to apply for additional working capital and term loans," he said.

The state government has started campaigns to help MSMEs avail benefits announced by the Centre. It is organising camps, where bankers and MSMEs are brought together and the latter are persuaded to apply for the central government schemes.

Though, the principal secretary believes that the loss to MSMEs in the state has been massive. "Our MSMEs are intermediate SMEs - they produce sponge iron, pig iron or induction furnace or induction arc furnace - so they are depended on larger product market in Western, Southern and North India. Unless demands pick up in Maharashtra, Gujarat and Punjab, it would be difficult for our SMEs to come back to pre-COVID levels," he says.

On whether many MSMEs in the state would face permanent closure, Sharma said that on the basis of feedback from SME associations, it seems some industries, which are directly dependent on the Western and Northern final product markets, will find it very difficult to come back to business.

However, MSMEs in the food processing sector - rice mills, biscuit-making plants, oil bottling or oil packaging plants - are back to normal earlier than others because these sectors are dependent on local or regional markets.

"We took up a drive to pay all the pending dues of the industries (mostly MSMEs) of the past one year. We did a quick survey and found that about Rs 450 crore was outstanding as on March 1, 2020. In April and May, we started a drive to clear all these dues and within this period the outstanding has come down from Rs 450 crore to Rs 85 crore. This Rs 85 crore is also due to some or other disputes, which we are trying to clear," says Hemant Sharma.

The state government has also ensured that all bank guarantees and earnest money deposits were released in April.

In terms of hand-holding, the state government coordinated with other states so worker and product movements continue to happen, and the industries continue to get their logistics support.

The state government is also providing support to district to district movement of workers. "In the Paradeep cluster, many workers had to travel from Cuttak or Khordha. This was enabled by providing point-to-point transport. Even now in many places, in spite of these being containment zones, this arrangement is working efficiently, Sharma says.

Odisha, like other states in the country, is also trying to position itself as an attractive destination for investment from companies shifting their manufacturing facilities or supply chain facilities due to disruptions created by COVID-19 across the world.

It is, however, pitching for investments in six focus areas -- metal, food processing, seafood exports, apparel, textile and garment, chemicals and petrochemicals - where the state thinks it stands a good chance.

"We are focusing on these sectors, where our proposition is for good infrastructure, good policy, and a very active facilitation support from the state government," says Hemant Sharma, who believes political stability and hence policy certainty in the state are unique propositions that Odisha offers to investors.

Coronavirus pandemic: Cases in India growing but not exploding, says WHO