With a net worth of $83 billion, Reliance India Chairman Mukesh Ambani has retained the spot of India's wealthiest man. He is second richest in Asia and ranks eighth on the global rich list 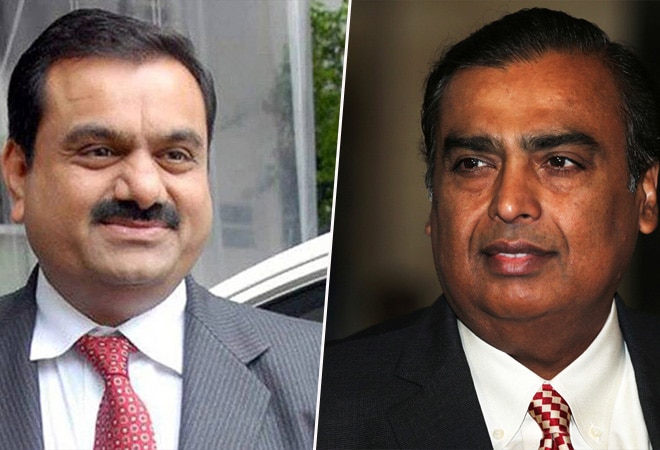 India has retained its third position on the list of countries with a maximum number of billionaires. According to Hurun Global Rich List 2021, there are a total of 209 Indian billionaires in the world, including 32 living outside the country.

Out of the 209, India is home to 177 resident dollar billionaires. Further, the report added that at least 61 billionaires in India reside in Mumbai, followed by Delhi with 40 and Bengaluru at 22.

With a net worth of $83 billion, Reliance India Chairman Mukesh Ambani has retained the spot of India's wealthiest man. He is second richest in Asia and ranks eighth on the global rich list released on Tuesday. The report also underscored the wealth of other Indian billionaires. It added that Gautam Adani and his family's wealth almost doubled to $32 billion this year, on the back of Adani Green Energy growing to a $20 billion valuation.  Adani is the second-richest Indian as per Hurun data.

Additionally, the founder and chairman of HCL Technologies, Shiv Nadar,  saw his wealth rise to $27 billion, up $10 billion, backed by a 66 per cent increase in the share price of his company.  He is the third wealthiest Indian at present. NR Narayana Murthy net worth was up by 35 per cent to $3.1 billion, the report added.

Apoorva Mehta of Instacart and Zerodha's Nikhil Kamath remained the youngest Indians billionaire on the list with a net worth of $1.5 billion. Mukesh Jagtiani of Landmark is the newest face from India on the Hurun Rich List 2021.

Hurun Report chairman and chief researcher Rupert Hoogewerf said, "Despite the disruption caused by COVID-19, this year has seen the biggest wealth increase of the last decade. A stock markets boom, driven partly by quantitative easing, and flurry of new listings have minted eight new dollar billionaires a week for the past year. The world has never seen this much wealth created in just one year".

According to Hurun, wealth creation in India is dominated by cyclical, traditional industries as compared United States of America (USA) and China where it is led by technopreneurs. If the tech-driven wealth creation reaches its full potential, India could potentially beat the USA in terms of total number of billionaires, said Anas Rahman Junai, MD & Chief Researcher, Hurun India.