Addressing a press meet on the eve of 'Five years of Paris Agreement', Prakash Javadekar said India is "walking the talk" on climate change as it has already achieved 21 per cent of its target of reducing emissions intensity of GDP by 33-35 per cent by 2030 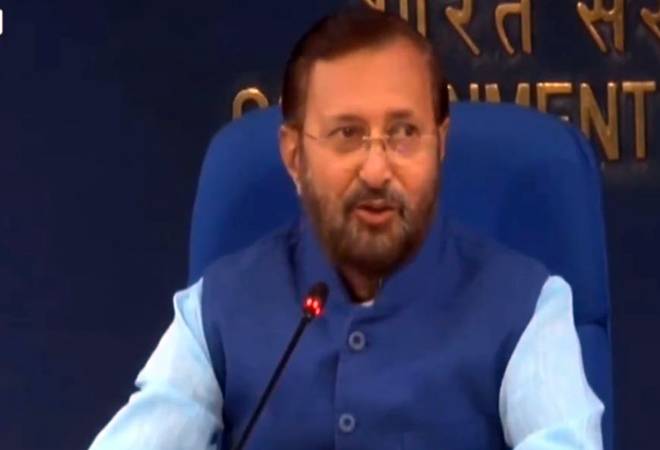 India is not responsible for the problem of climate change and is presently contributing only 6.8 per cent of global emissions, Union Environment Minister Prakash Javadekar said on Friday.

He said India is the only G20 nation to be in compliance with the Paris Agreement on Climate Change.

Addressing a press meet on the eve of 'Five years of Paris Agreement', the minister said India is "walking the talk" on climate change as it has already achieved 21 per cent of its target of reducing emissions intensity of GDP by 33-35 per cent by 2030.

"We are among the few countries who are Paris Agreement compliant i.e. our actions lead to maximum temperature rise of 2 degrees Celsius which is to be achieved by the year 2100. India is the only G20 country which is complying to the Paris Agreement," Javadekar said.

The G20 or Group of 20 countries comprises the world's largest and fastest-growing economies and accounts for 85 per cent of the global GDP and two-thirds of its population.

The Paris Agreement is a legally binding international treaty on climate change. It was adopted by 196 countries in Paris on December 12, 2015 and entered into force on November 4, 2016.

"One of the NDCs is to reduce emissions intensity of GDP by 33-35 per cent by 2030 over 2005 levels. I am happy to say that we have already achieved 21 per cent and the remaining will be achieved in next 10 years because Paris Agreement was signed in 2015 but its implementation begins in 2021," he said.

Javadekar also said that the developed nations did not fulfil their financial and technological commitments in 11 years.

The other important NDCs of India include achieving 40 per cent electric power installed capacity from non-fossil fuel sources and to create carbon sink of 2.5 - 3 billion tonnes of CO2 equivalent through afforestation.

As per the minister, besides India, the other countries which are complying with the Paris Agreement are Costa Rica, Philippines, Bhutan, Ethiopia, Morocco and Gambia.

"None of the developed countries are Paris Agreement compliant," he said, adding that USA, Russia and Saudi Arabia are among the countries which will cause temperature rise of 4 degrees Celsius while China, Japan, South Africa, Singapore, Chile, Argentina, and UAE will cause less than 4 degrees temperature rise.

The countries which may cause temperature rise of up to three degrees include EU, Canada, UK, Australia, New Zealand and Brazil.

Referring to some reports released this year, Javadekar said as per Climate Transparency Report 2020, India is the only G20 country to meet its climate commitments/NDCs.

Another report - Climate Action Tracker - said India is among the few countries which are on track to achieve its NDCs.

"UNEP Emission Gap Report said India's per capita emissions are 60 per cent lower than global average. Emissions grew just 1.4 per cent in 2019 which is much lower than the average of 3.3 per cent per year over the last decade.

Single window clearance for investments by April next year