In the first of this current financial year, consumption of refined copper grew 8.8 per cent against a fall of 2.7 per cent in the corresponding period last fiscal. The domestic copper demand was thus met through imports 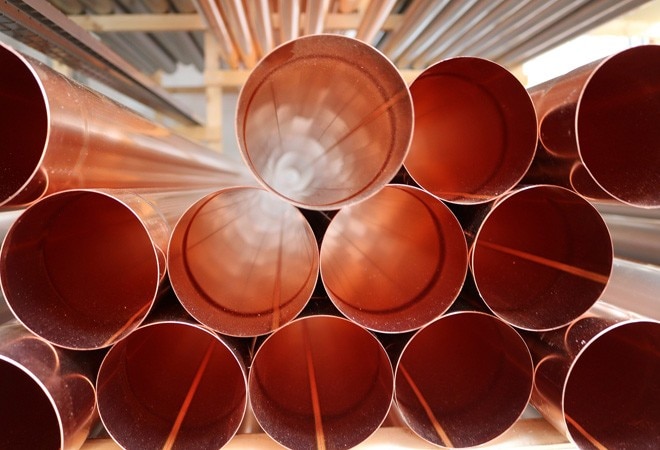 The domestic production of refined copper in the current fiscal continues to remain stressed falling 6.4 per cent to 229.1 thousand tonnes in the first seven months. Though, it shrank at a steeper pace of around 50 per cent during April-October 2018, on a year-on-year basis. After growing consecutively for three years between 2014-15 and 2016-17, it took a turn for the worse in last two years-fell 4.1 per cent in 2017-18 and 40.3 per cent in 2018-19.  The permanent shutdown of the 400 KT, Tuticorin smelter which accounted for 40 per cent of the country's copper smelting capacity led to the domino effect of a sharp increase in the country's imports and fall in the exports, as almost half of the domestic copper production in India is exported. 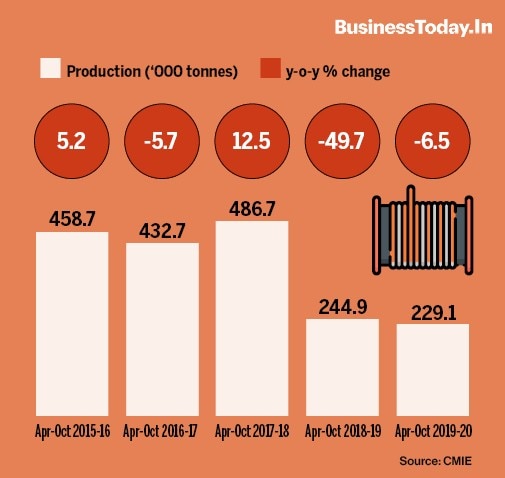 Global copper prices have decreased by 7.9 per cent during April-November 2019 and have slipped to a 2-year low because of the escalated trade tensions between the US and China and the lack of clarity on arriving at a truce. Slowdown in the Chinese economy and subdued global demand prospects have also led to the fall of the red metal. "With the permanent closure of the Tuticorin smelter, and the uncertainty surrounding with its remission, we believe by the end of FY20, refined copper production will be around 450 KT, registering a 1.5 per cent drop from its FY19 level of production," said a CARE Ratings report. The Supreme Court has objected to the restart of the Tuticorin smelter but the matter is under appeal, as the SC directed the company to file a writ petition before the Madras High Court. The report estimates domestic refined copper demand to increase by 7-8 per cent (including consumption of scrap) by the end of FY20. Also, due to the increase in demand, India will continue being a net importer of refined copper during FY20 as well, unless the high court passes the judgement for the remission of the Tuticorin smelter, it added.

CAB in Rajya Sabha: Internet blackout in parts of Assam as protests continue